Fans of the gritty science fiction film, District 9, from Neill Blomkamp have something exciting to look forward to as Sony has revealed a 4K UHD release!

District 9 is still one of my favorite modern sci-fi films. Combining an interesting (and poignant) story with down and dirty special effects, there’s a lot to love. The film that put Neill Blomkamp in the spotlight is now making it’s way onto 4K Ultra HD. The new release arrives on October 13, 2020 and even includes a couple new special features: From producer Peter Jackson (The Lord of the Rings Trilogy) and director, Neill Blomkamp comes a startlingly original science fiction thriller that “soars on the imagination of its creators” (Peter Travers, Rolling Stone). With stunning special effects and gritty realism, the film plunges us into a world where the aliens have landed… only to be exiled to a slum on the fringes of Johannesburg. Now, one lone human discovers the mysterious secret of the extraterrestrial weapon technology. Hunted and hounded through the bizarre back alleys of an alien shantytown, he will discover what it means to be the ultimate outsider on your own planet.

Hours of Archival Special Features Including:
Deleted Scenes
Director’s Commentary
The Alien Agenda: A Filmmaker’s Log – Three-Part Documentary
Metamorphosis: The Transformation of Wikus
Innovation: Acting and Improvisation
Conception and Design: Creating the World of District 9
Alien Generation: Visual Effects
Joburg from Above: Interactive Map of Satellite and Schematics of the World of District 9

Will you be picking up District 9 on 4K this Fall? 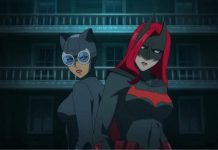 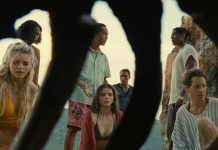