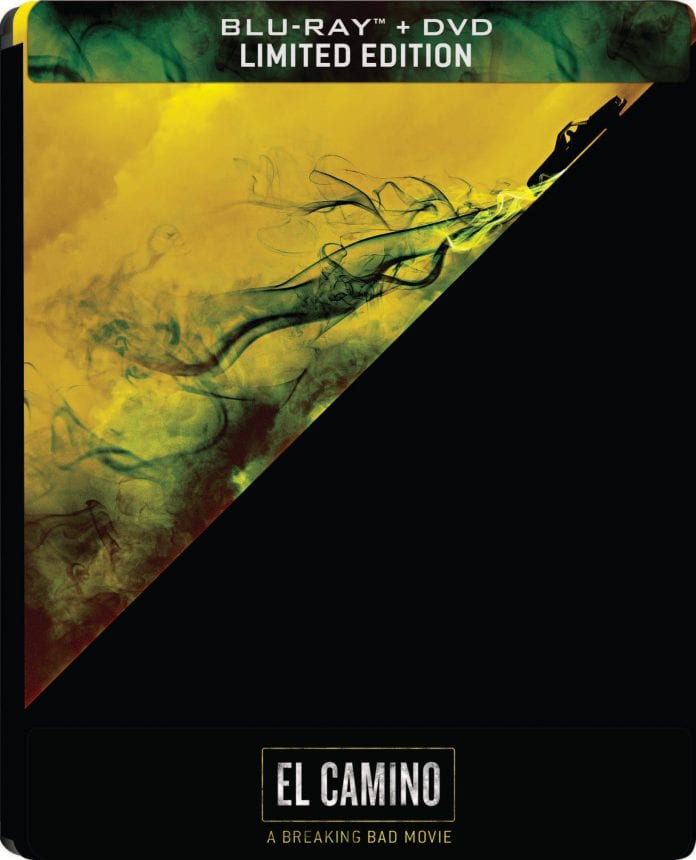 Without a shadow of a doubt, Breaking Bad is one of the greatest TV series of all time. It had a slow burn, but then was full throttle all the way up to the insane series finale. However, that series finale left a lot of questions, like “what happened to Jesse Pinkman?”. With the help of Netflix, Vince Gilligan answered some of those questions in last year’s film, El Camino: A Breaking Bad Movie.

Now, Breaking Bad fans can own a physical copy of the movie. Sony Pictures Entertainment is releasing a Limited Edition Steelbook DVD/Blu-Ray Combo Pack. The steelbook will release on October 13, 2020. It includes the following features:

SYNOPSIS
EL CAMINO: A BREAKING BAD MOVIE reunites fans with Jesse Pinkman (Emmy® Award-winner[i] Aaron Paul). In the wake of his dramatic escape from captivity, Jesse must come to terms with his past in order to forge some kind of future. This riveting thriller was written and directed by Vince Gilligan, the creator of Breaking Bad.