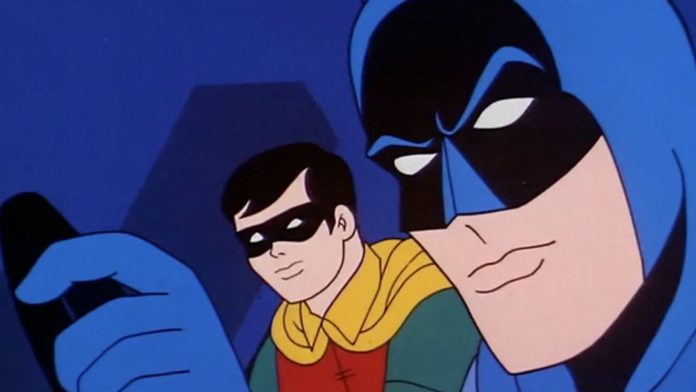 This morning brings word that the original Batman animated series from Filmation, The Adventures of Batman, is getting a Blu-Ray release in 2023!

Filmation was behind some of the most iconic animated series around in the 60s, 70s, and 80s. From He-Man, to Star Trek, Fat Albert, and much more, they produced a bunch of classics. Now, WB is giving their original Batman series, The Adventures of Batman, new life on blu-ray.

For the first time ever, this series from the 60s is getting remastered for the HD format. It will hit blu-ray on February 28, 2023, which marks the first time since 2014 the show has been available (widely) in physical format. All around, it’s definitely something Batman fans are going to want to snag:

Soule and Kasem became the reigning voices of Batman and Robin, respectively, for several years as the Dynamic Duo would appear in two The New Scooby-Doo Movies crossovers, various versions of Super Friends, and The New Adventures of Batman.

Premiering on September 14, 1968, The Adventures of Batman also featured Batman’s primary rogues’ gallery at the time – Penguin, Mr. Freeze, Catwoman, Riddler, Scarecrow, Dollman, Mad Hatter and Simon the Pieman – as well as some notable team-ups of those villains.

The 34 episodes in The Adventures of Batman: The Complete Collection are:
My Crime Is Your Crime / A Bird Out of Hand
The Cool, Cruel Mr. Freeze / The Joke’s on Robin
How Many Herring in a Wheelbarrow? / In Again, Out Again Penguin
The Nine Lives of Batman / Long John Joker
Bubi, Bubi, Who’s Got the Ruby? / 1001 Faces of the Riddler
The Big Birthday Caper / Two Penguins Too Many
Partners in Peril / The Underworld Underground Caper
Hizzoner the Joker / Freeze’s Frozen Vikings
The Crime Computer / The Great Scarecrow Scare
A Game of Cat and Mouse / Beware of Living Dolls
Will the Real Robin Please Stand Up? / He Who Swipes the Ice, Goes to the Cooler
Simon the Pieman / A Mad, Mad Tea Party
From Catwoman with Love / Perilous Playthings
A Perfidious Pieman Is Simon / Cool, Cruel Christmas Caper
The Fiendishly Frigid Fraud / Enter the Judge
The Jigsaw Jeopardy / Wrath of the Riddler
It Takes Two to Make a Team / Opera Buffa

Will you be picking this up in February? Hopefully this means we’ll get The NEW Adventures of Batman (and their Superman shows) on Blu-ray as well.