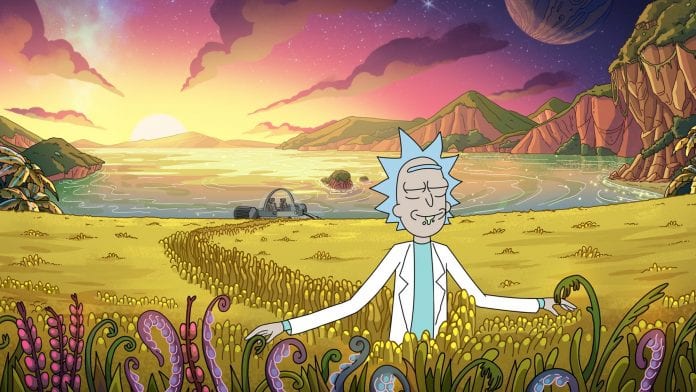 Time to get schwifty as the complete series (so far) of Rick and Morty comes to blu-ray in one set for the first time.

Rick and Morty isn’t a show for everyone. Hell, it wasn’t until the fourth season started premiering that I even gave it a chance. I can see how if you only catch an episode here and there it feels chaotic in the worst ways and tough to get into. While the episodes, by and large, work on their own, there’s a larger story that comes into focus when you start from the very beginning.

Sometimes certain things don’t have a payoff until much later, but when the connections come into focus, the genius of the series shines through. Going back and re-watching the seasons after getting this set in the mail highlighted some clues and gags I missed the first time around, which now have new meaning.

If you haven’t come around to the series yet, I think this boxset is a great way to get going. Yes, you can watch them on HBO Max (and you should if you have no other option), but I’ll always be a strong proponent of physical media. It’s always better to have options to watch stuff for a number of reasons.

Hell, I know my DVDs of The Simpsons and Futurama were essential when I moved around during college and couldn’t afford cable. Who knows what you’ll need to kill the time down the road?

The Rick and Morty Seasons 1-4 set includes a number of bonus features, all of which were included in the previous individual season releases:

“Inside the Episode” for Every Episode

Exclusive “Inside the Recording Booth”

A Day at Rick and Morty: Inside Season 4

“Inside the Episode” for Every Episode

Rick and Morty is really great and the wait for the next season seems to be taking forever. As such, a complete set of all the current seasons is an excellent way to make the wait easier. Here’s the kicker, though, if you already have the blu-ray copies of the individual seasons there really isn’t much reason to pick this new set up. The blu-ray transfers remain the same (which look mighty impressive) as do the bonus features, so there just isn’t much reason to double-dip.

That said, if you haven’t gotten into the series yet, or have only watched it via streaming, this boxset is definitely worth picking up and adding to your shelves at home when it hits on March 2nd.