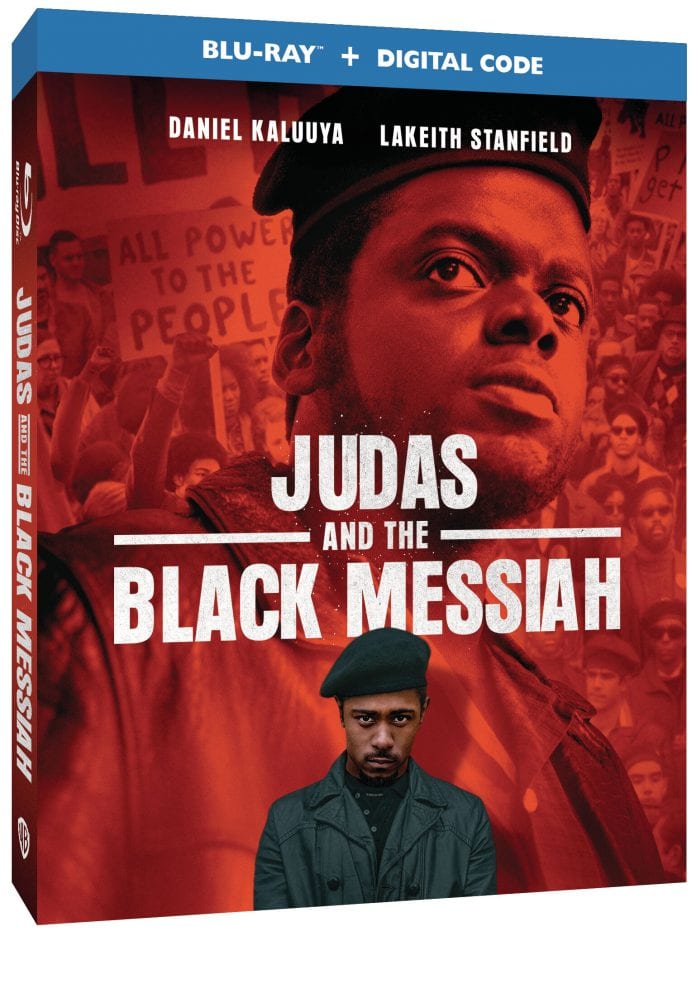 Nominated for six Academy Awards, including Best Picture and Best Actor in a Supporting Role for both LaKeith Stanfield and Daniel Kaluuya, Judas and the Black Messiah will be available to watch from home starting next month.

Warner Bros. Home Entertainment will be releasing three different ways to watch their Oscar-nominated movie. First, Judas and the Black Messiah will release on PVOD April 2, 2021. With this version, viewers can rent the movie for 48 hours at $19.99. It’ll be rentable at participating platforms where you can rent movies.

Second, will be digital. On April 27, 2021, viewers can own a digital version of the film in both HD and standard definition. Finally, the Blu-ray/DVD versions of Judas and the Black Messiah will release on May 4, 2021, well after the results of the Academy Awards. The Blu-ray will run for $35.99, while the DVD version will cost $28.98.

See below the full press release, including what special features are in store.

“Judas and the Black Messiah” made history this year by being the first film with an all-black producing team nominated for an Academy Award in the Best Picture category. “Judas and the Black Messiah” is nominated for six Academy Awards, for Best Picture, Best Actor in a Supporting Role (Daniel Kaluuya, LaKeith Stanfield), Cinematography (Sean Bobbitt), Original Song (“Fight For You,” music by H.E.R. and Dernst Emilie II, lyrics by H.E.R. and Tiara Thomas), and Original Screenplay (screenplay by Will Berson & Shaka King, story by Will Berson & Shaka King and Kenny Lucas & Keith Lucas).  Kaluuya also won a Golden Globe for Best Supporting Actor – Motion Picture.

“Judas and the Black Messiah” will also be available on Movies Anywhere. Using the free Movies Anywhere app and website, consumers can access all their eligible movies by connecting their Movies Anywhere account with their participating digital retailer accounts.

The “Judas and the Black Messiah” impact campaign, designed by Participant, is educating audiences with a more comprehensive history of the Black Panther Party, connecting its legacy to today’s movement for Black lives and empowering audiences to join local organizations advocating for Black communities. To learn more, visit www.LiveForThePeople.com.

FBI informant William O’Neal (LaKeith Stanfield) infiltrates the Illinois Black Panther Party and is tasked with keeping tabs on their charismatic leader, Chairman Fred Hampton (Daniel Kaluuya). A career thief, O’Neal revels in the danger of manipulating both his comrades and his handler, Special Agent Roy Mitchell (Jesse Plemons). Hampton’s political prowess grows just as he’s falling in love with fellow revolutionary Deborah Johnson (Dominique Fishback). Meanwhile, a battle wages for O’Neal’s soul. Will he align with the forces of good? Or subdue Hampton and The Panthers by any means, as FBI Director J. Edgar Hoover (Martin Sheen) commands?