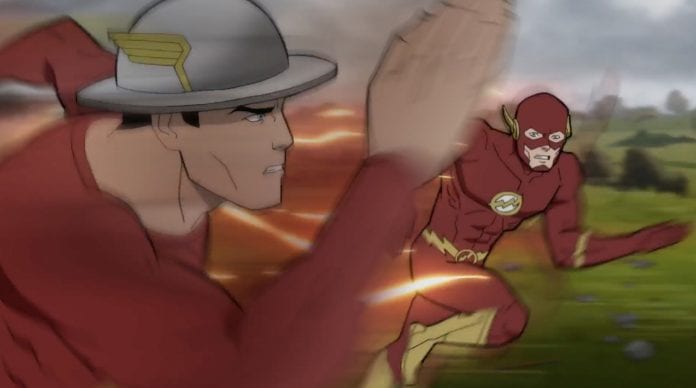 An all-new clip has been released from the upcoming animated film, Justice Society: World War II. In the clip, The Flash (voiced by Matt Bomer), finds himself stranded back in time during World War II. Although he’s displaced in time, The Flash is instinctively aware of his new role and makes quick work of a platoon of Nazi soldiers terrorizing a war-torn village.

Produced by Warner Bros. Animation, DC, and Warner Bros. Home Entertainment, the all-new feature-length animated film arrives on Digital starting April 27, 2021, and on 4K Combo Pack and Blu-ray on May 11, 2021.

You’ll be able to find out more about Justice Society: World War II during [email protected] with a star-studded panel at the virtual experience on Saturday, March 27 at 11:00am PT.