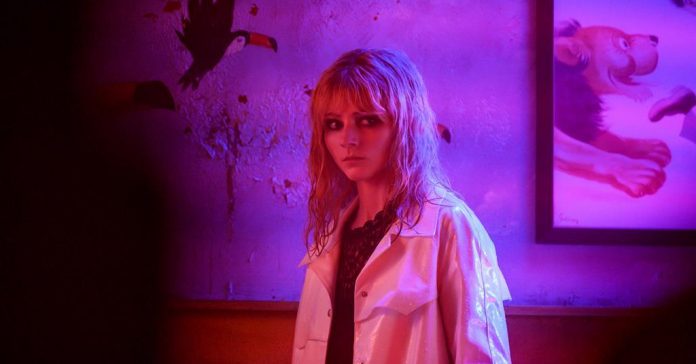 This morning brings details on the 4K Ultra HD release for Edgar Wright’s Last Night in Soho, which includes a hefty amount of bonus features.

Universal Pictures has announced the home entertainment release for Edgar Wright’s latest film, Last Night in Soho. You can watch it next week, when the film arrives digitally on January 4th, with the physical 4K Ultra HD/Blu-ray (which comes loaded with features) arriving on January 18, 2022.

In Edgar Wright’s psychological thriller, Eloise (Thomasin McKenzie, Jojo Rabbit, Old), an aspiring fashion designer, is mysteriously able to enter the 1960s, where she encounters a dazzling wannabe singer, Sandie (Anya Taylor-Joy, Emma, “The Queen’s Gambit”). But the glamour is not all it appears to be, and the dreams of the past start to crack and splinter into something far darker.

MAKING OF FEATURETTES
MEET ELOISE – An in-depth look at the character of Eloise and the challenges that star Thomasin McKenzie faced while bringing her to life.
DREAMING OF SANDIE – A closer look at the characters of Sandie and Jack and why Anya Taylor-Joy and Matt Smith were the perfect actors to embody the essence of the time period.
SMOKE AND MIRRORS – The cast and crew break down how lighting, makeup, special effects, and creative camerawork came together to create a collision between the present day and 1960’s time periods.
ON THE STREETS OF SOHO – The cast and crew discuss the importance of shooting on location in Soho and the complexity of transforming the city streets back in time.
TIME TRAVELLING – A look into how the music, costume design, and production design of the film work together to immerse the audience into the world of 1960’s Soho.
DELETED SCENES
ANIMATICS
FIRST DREAM
SHADOW MEN
MURDER
FINAL CONFRONTATION
EXTRAS
HAIR & MAKEUP TESTS
LIGHTING & VFX TESTS
WIDE ANGLE WITNESS CAM
ACTON TOWN HALL STEADICAM REHEARSAL
“DOWNTOWN” MUSIC VIDEO
TRAILERS
FEATURE COMMENTARY WITH DIRECTOR/CO-WRITER EDGAR WRIGHT, EDITOR PAUL MACHLISS AND COMPOSER STEVE PRICE
FEATURE COMMENTARY WITH DIRECTOR/CO-WRITER EDGAR WRIGHT AND CO-WRITER KRISTY WILSON-CAIRNS