Tim Burton’s stunning tale about life and death arrives on 4K Ultra HD for the first time this week and it’s well worth picking up.

Since it released in 2003, Big Fish has been among my favorite films (and probably my favorite Tim Burton flick). Filled with over the top visuals plus a story that’s at once heartwarming and emotionally draining, there’s a lot to love. Each viewing manages to feel like the first time and it’s just a fun modern fairy tale.

As is always the case when it comes to Tim Burton, there’s a very distinct visual style given to the film. Without belaboring the point: it’s gorgeous. As such, I was really excited to see this come to the 4K format and it doesn’t disappoint. 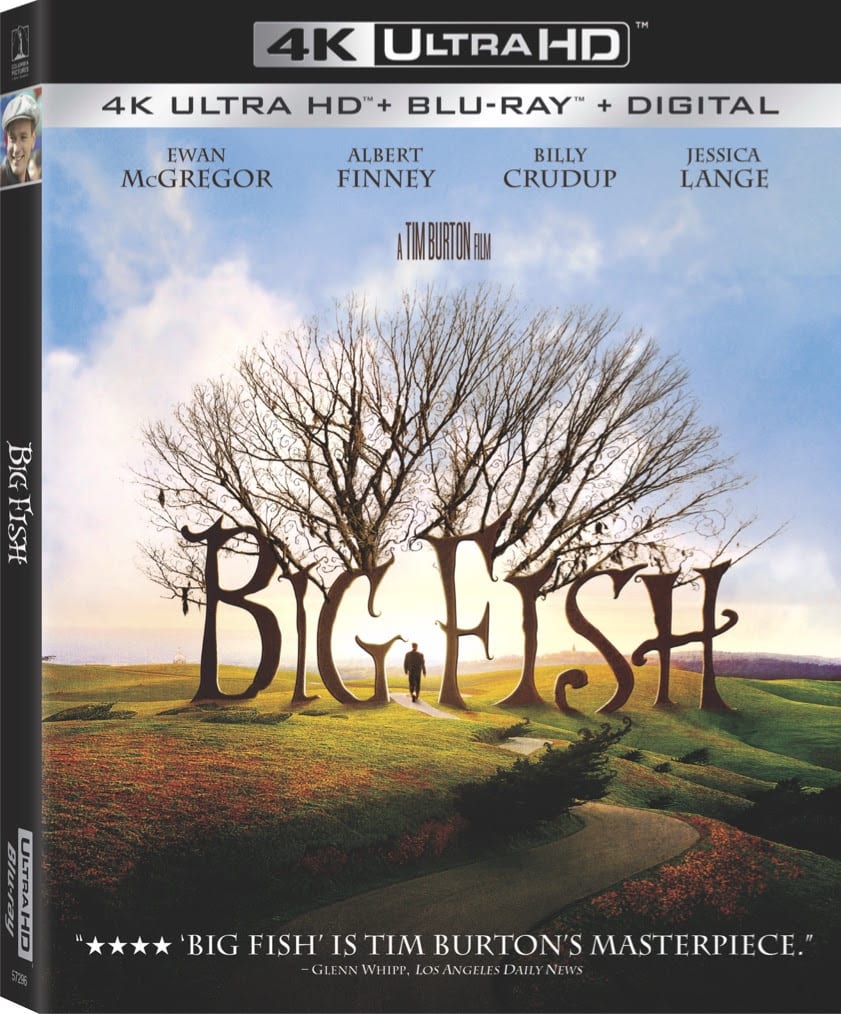 The 4K transfer is ridiculously clean and smooth. The image virtually pops off the screen, highlighting the more colorful moments in the film, while adding depth overall. The film already looked good, but on 4K it’s mind-blowing.

The sound transfer is given equal treatment here, allowing the subtle noises a chance to be heard without any dialog being overpowered. Truly, during the circus scenes, it felt like I was in the middle of it all with Edward Bloom (Ewan McGregor) as performers worked both on and off the screen.

Sony brought the goods to this 4K release and even if you own Big Fish in multiple versions (like myself), it is most definitely worth upgrading. It felt like I was watching a brand new film released just the past weekend, rather than something that came out nearly 20 years ago. It’s easily the best this, already good looking, film has been presented.