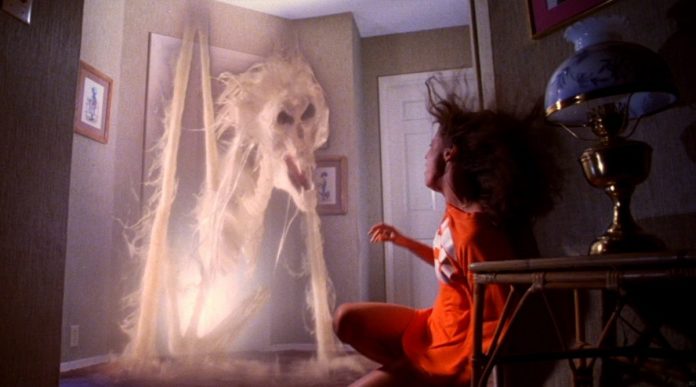 The classic horror film, Poltergeist, is making the jump to 4K for the first time with a new home entertainment release coming next month.

If ONE classic 80s horror movie coming to 4K wasn’t enough for you, Warner Bros. has also announced Poltergeist will hit the 4K format on September 20th (yes, the same day as The Lost Boys).

Suburbanites Steve (Nelson) and Diane (Williams) suddenly experience paranormal activity in their home. What starts off as minor excitement quickly turns into nasty ghostly encounters. The disappearance of their daughter Carol Anne (O’Rourke) forces the Freelings to bring in parapsychologists and a professional exorcist to exorcise their home. Directed by Tobe Hooper and featuring Oscar Nominated Visual Effects by Richard Edlund, Michael Wood and Bruce Nicholson, Poltergeist is one of the most entertaining horror films of its time.

Sure looks like you’ll have plenty of great HD options for classic horror films this upcoming Halloween. Perhaps it’s time to get your marathon buddies together. Between this and The Lost Boys, it’s a pretty much guaranteed recipe for good times.