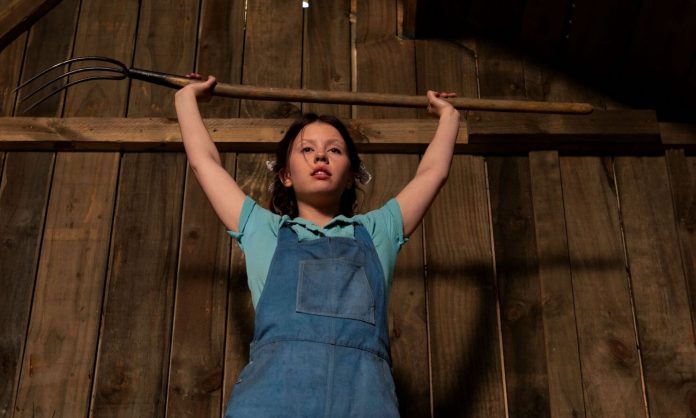 Ti West’s Pearl, part of the ‘X’ franchise, will be coming to home video next month.
Mia Goth reprises her iconic villain in Pearl, arriving on Blu-ray™ (+ DVD + Digital) and DVD November 15, 2022 from A24 and Lionsgate. Pearl was co-written by Ti West (X, The Innkeepers, The Sacrament, The House of the Devil) and Mia Goth in her feature film writing debut.
Filmmaker Ti West returns with another chapter from the twisted world of X in this astonishing follow-up to the year’s most acclaimed horror film. Trapped on her family’s isolated farm, Pearl must tend to her ailing father under the bitter and overbearing watch of her devout mother. Lusting for a glamorous life like she’s seen in the movies, Pearl’s ambitions, temptations, and repressions all collide in the stunning, Technicolor-inspired origin story of X’s iconic villain.

Pearl will be available to purchase on November 15, 2022.