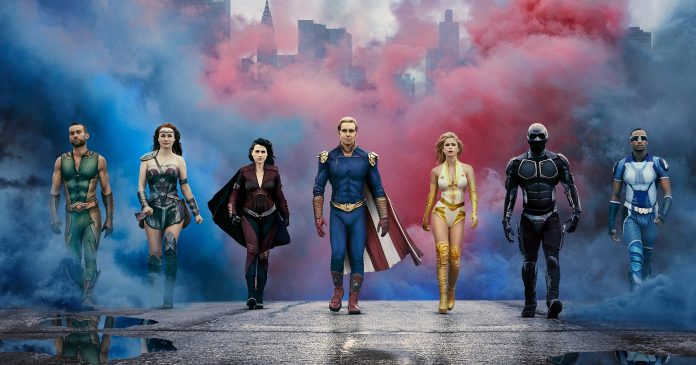 Ahead of the third season of Prime Video’s acclaimed series, The Boys, fans will be able to snag the first two seasons in physical format!

I’m a big proponent of physical media, so I’m THRILLED to see Amazon is bringing The Boys to Blu-Ray at last. The release, which includes both current seasons of the shows, along with some bonus features, is set to arrive on May 17, 2022. That gives you time to get caught up—or do a re-watch—ahead of the show’s return on June 3rd!

SEASON 1
THE BOYS is an irreverent take on what happens when superheroes — as popular as celebrities, as influential as politicians, and as revered as gods — abuse their superpowers rather than use them for good. It’s the powerless against the superpowerful as The Boys embark on a heroic quest to expose the truth about “The Seven” and their formidable Vought backing.

SEASON 2
In a more intense Season 2 of THE BOYS, Butcher, Hughie, and the team reel from their losses in Season 1. On the run from the law, they struggle to fight back against the superheroes. Meanwhile, Vought, the hero management company, cashes in on the panic over supervillains; and a new hero, Stormfront, shakes up the company and challenges an already unstable Homelander.

Will you be picking up The Boys Season 1 & 2 on Blu-ray next month?