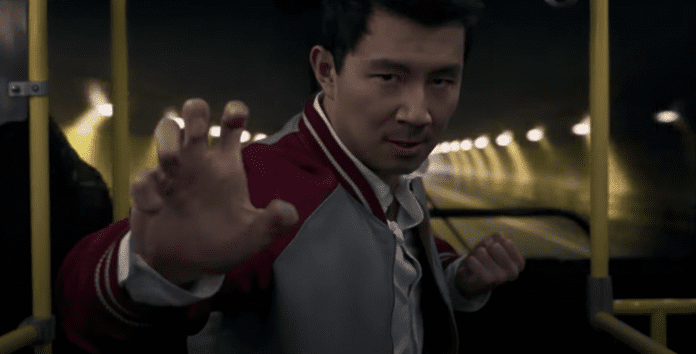 Disney has announced the home entertainment release details for Shang-Chi and the Legend of the Ten Rings, including a host of bonus features.

This morning, Disney/Marvel have announced the release details for Shang-Chi. On top of being able to see it streaming on Disney Plus on November 12th, it’ll be available digitally on other platforms that day as well. For those looking to snatch up the physical release (always preferred), you’ll be able to pick up the 4K Ultra HD on November 30th:

Marvel Studios’ Shang-Chi and The Legend of The Ten Rings stars Simu Liu as Shang-Chi, who must face the past he thought he left behind and confront his father, leader of the dangerous Ten Rings organization. The film also stars Awkwafina as Shang-Chi’s friend Katy, Meng’er Zhang, Fala Chen, and Florian Munteanu, with Michelle Yeoh as Ying Nan and Tony Leung as Xu Wenwu.

Beginning November 12, “one of Marvel’s best origin stories” (Sean Mulvihill, Fanboy Nation), Shang-Chi and The Legend of The Ten Rings will be available to all Disney+ subscribers. The film also arrives on all digital stores such as Apple TV, Prime Video and Vudu with exclusive bonus features.

Gag Reel – Take a look at some of the fun mishaps on set with the cast and crew of Shang-Chi and The Legend of The Ten Rings.
Deleted Scenes
They’re Waiting – Shang-Chi and Katy connect with Xialing over a call.
Take a Shot – Katy has a moment of resolve during a battle.
Apology – Years after his sudden absence, Shang-Chi tries to apologize to Xialing.
I’m Here – Shang-Chi and Katy have a conversation in the alley. Katy reassures Shang-Chi that she will always be his support system.
Pep Talk – In order to turn the tide, Razor Fist encourages Katy during the middle of a battle.
Greatness – Trevor and Katy bond over passions in their getaway car.
Escape Tunnel – The gang slips out through Trevor’s escape tunnel in order to secure a getaway vehicle.
Two Sons – Xu Wenwu compares Shang-Chi and Razor Fist during a tense dinner.
Postcard – Shang-Chi and Xu Wenwu reunite as father and son. Shang-Chi makes it clear he disagrees with Xu Wenwu’s philosophy.
Just Friends – Katy and Xialing get to know each other. Xialing asks Katy some personal questions.
Do It Yourself – Xu Wenwu returns to his empire after the Iron Gang boss is captured.
Building a Legacy – Go behind the scenes and explore Shang-Chi’s explosive debut in the Marvel Cinematic Universe.
Family Ties – A deep dive into the rich but complicated legacy of Shang-Chi and Xu Wenwu.
Audio Commentary – View the film with Audio Commentary by Destin Daniel Cretton and Dave Callaham.

Will you be picking up Shang-Chi next month?