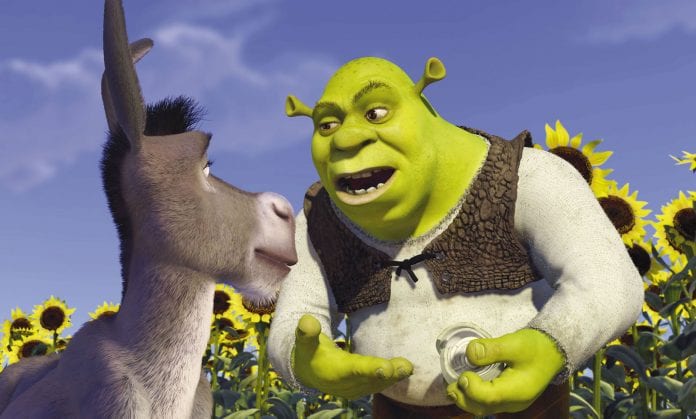 This year marks the 20th anniversary since the world was blessed with Shrek and fans will be able to bring it home on 4K for the first time this May!

I love Shrek. I don’t care. I think it’s a fun film, it still gives me laughs and has a great message. As such, I’m excited to see it finally get the 4K Ultra HD treatment just in time for it’s 20th anniversary. Coming on May 11th, the film not only gets a resolution upgrade, but comes stacked with several bonus features, including 10 short films: You’ve never met a hero quite like SHREK. The endearing ogre sparked a motion-picture phenomenon and captured the world’s imagination with…the Greatest Fairy Tale Never Told! Critics have called SHREK “not just a brilliant animated feature, but a superb film on any level” (Larry King, USA Today). Relive every moment of Shrek’s (Mike Myers) daring quest to rescue the feisty Princess Fiona (Cameron Diaz) with the help of his loveable loud-mouthed Donkey (Eddie Murphy) and win back the deed to his beloved swamp from scheming Lord Farquaad (John Lithgow). Enchantingly irreverent and “monstrously clever” (Leah Rozen, People Magazine), SHREK is an ogre-sized adventure you’ll want to see again and again!

Will you be picking up Shrek in 4K this May?