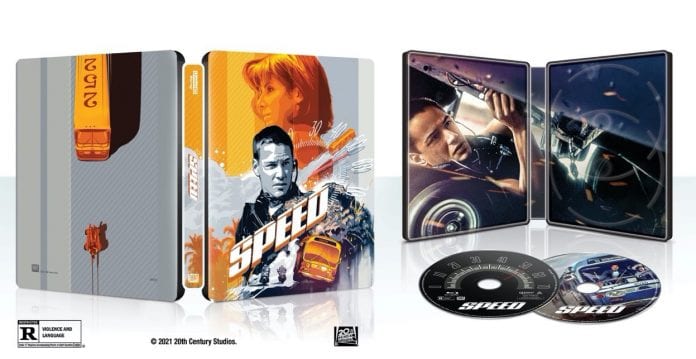 Keanu Reeves and Sandra Bullock’s action-thriller, Speed, is finally getting a 4K transfer and coming just in time to kick off your Summer.

On May 4, 2021 it’s time to catch the bus and put the pedal to the metal. Speed is launching on 4K UHD for the first time ever and even has a swanky SteelBook edition you can snag at Best Buy. Hold on tight for a rush of pulse-pounding thrills, breathtaking stunts and unexpected romance in a film you’ll want to see again and again. Keanu Reeves stars as an L.A.P.D. SWAT team specialist who is sent to diffuse a bomb that a revenge-driven extortionist (Dennis Hopper) has planted on a city bus. But until he does, one of the passengers (Sandra Bullock) must keep the bus speeding through the streets of Los Angeles at more than 50 miles per hour – or the bomb will explode. A high-octane chase of suspense, nonstop action and surprise twists, “Speed” is a joyride sure to keep you on the edge of your seat!

Will you be picking up Speed in 4K this May?