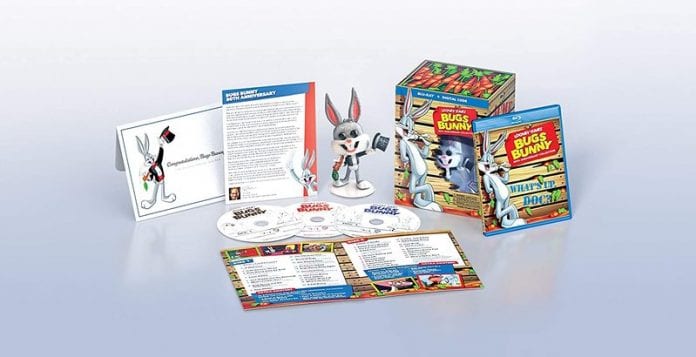 Fans of Bugs Bunny will unfortunately have to wait a little while longer to see the promised 80th Anniversary collection.

Earlier this summer it was announced that a special box set would be released to celebrate the 80th anniversary of Bugs Bunny, everyone’s favorite cartoon rabbit. At that time, the release date was given as November 3rd, 2020. However, just today I double checked my pre-order and noticed the release date was now given as December 1st, 2020. I double checked a few other sites offering the set and it seems to be universal: the set will now be released on December 1st instead of November 3rd.

It’s a bummer that we’ll have to wait a little while longer to see the Bugs Bunny: 80th Anniversary Collection, but seeing how the pandemic has royally messed everything up, it’s not entirely surprising that this special release would be affected too. Hopefully this will be the only delay and we’ll see the collection promptly on December 1st.