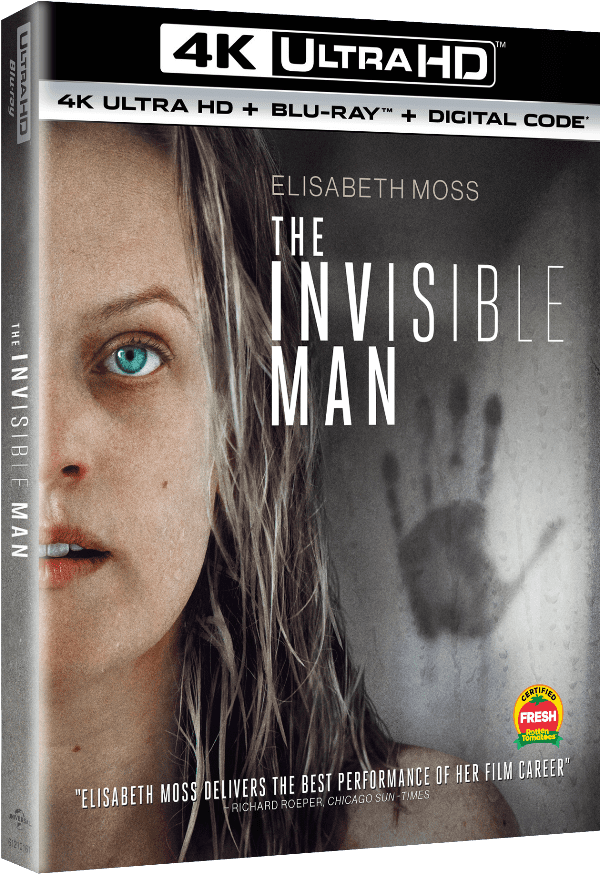 Universal Pictures and Blumhouse‘s reimagination of The Invisible Man comes home next month. Starring Elizabeth Moss, the new film twists the classic movie monster into a sadistic stalker, dead set on torturing his significant other.

You can see The Invisible Man from the comfort of your own home (without your own Invisible Man, hopefully) when the film releases on Digital and Blu-ray. The Digital version is set to release on May 12, 2020. Meanwhile the 4K Ultra HD/Blu-ray combo pack will arrive on May 26, 2020.

For details on all special features, see the full PR below:

Universal City, California, April 7, 2020 – THE INVISIBLE MAN, an intense, modern-day psychological thriller, becomes available to own for the first time on Digital May 12, 2020 and on 4K UHD, Blu-ray™ and DVD on May 26, 2020 from Universal Pictures Home Entertainment. From iconic producer Jason Blum (Halloween, Split, Get Out, Us) and director Leigh Whannel (Saw, Insidious, Upgrade), this psychological thriller modernizes Universal’s shapeshifting, classic monster against a backdrop of an empowered woman facing her tormentor. “A cutting, contemporary work of socially conscious horror” (Peter Travers, Rolling Stone), THE INVISIBLE MAN comes home with never-before-seen bonus content.

THE INVISIBLE MAN follows a modern tale of obsession inspired by Universal’s classic monster character. Cecilia Kass (Elisabeth Moss) slowly begins to rebuild her life after the death of her abusive ex-boyfriend (Oliver Jackson-Cohen). But before long, she begins to question whether or not he is truly gone. In addition to the feature, THE INVISIBLE MAN delivers up twenty minutes of exclusive bonus content, including a chance to better get acquainted with the film’s leading actress: Elisabeth Moss, feature commentary with the writer/director and deleted scenes you won’t want to miss.

THE INVISIBLE MAN will be available on 4K Ultra HD, Blu-rayTM, DVD and Digital.