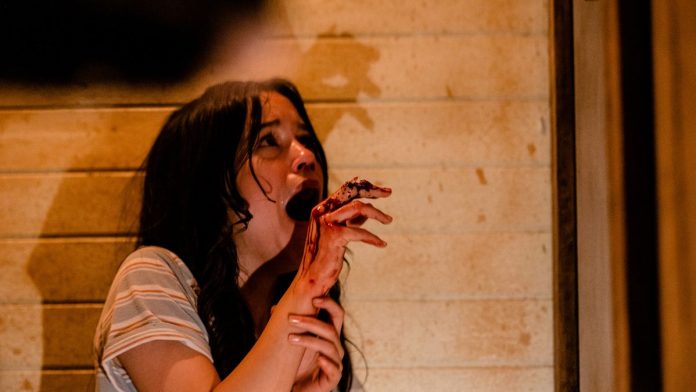 A24 and Ti West’s latest horror film, X, just recently hit theaters, but you won’t have to wait too long to snag it on Blu-ray. Catch all the details!

Today brings word on the home entertainment release details for X, the latest horror film from A24 which marked Ti West’s return to the genre. So if you missed it in theaters, or simply want to have it at home, mark your calendars for May 26, 2022.

A group of actors set out to make an adult film in rural Texas under the noses of their reclusive hosts — an elderly couple with a farm and boarding house for rent. But when the couple catches their young guests in the act, the cast finds themselves in a desperate fight for their lives in this tantalizing slasher from writer-director Ti West.

Will you be picking up X on Blu-ray this May?