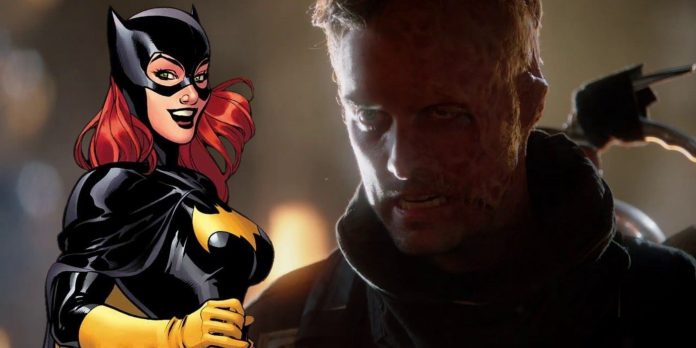 One of the villains for the upcoming Batgirl film on HBO MAX has been revealed and is being portrayed by a current DC Hero.

While already making waves in the DC Universe as the voice of Cliff Steele aka Robotman on HBO Max’s DOOM PATROL, it seems that Brendan Fraser is expanding his reach in the world of DC Comics as he is set to join the upcoming HBO MAX movie, BATGIRL starring Leslie Grace.

It has been reported via DEADLINE and their sources, that Fraser is set to take on the role of the supervillain Firefly in the pic.  BAD BOYS FOR LIFE directors Adil El Arbi and Bilall Fallah are helming the film and Christina Hodson (BIRDS OF PREY) wrote the script.

Exact plot details on the film have yet to be released it is known that Lesile Grace will portray Barbara Gordon, the daughter of Commissioner Gordon,  behind the cape in this version. It is not confirmed if whether or not this Barbara Gordon is the daughter of Jim Gordon played by Jeffrey Wright in the upcoming THE BATMAN film starring Robert Pattinson and Zoe Kravitz and directed by Matt Reeves.

The character of Firefly is a supervillain whose real name is Garfield Lynns most often known for going against Batman and Robin, and sometimes Green Arrow. He is a pyromaniac who became horrendously scarred all over his body after a chemical explosion, leading him to wear a flame proof bodysuit during his crimes. The character was seen in the first season of ARROW on The CW and a female version of the character, Bridgit Pike  was introduced in the TV series Gotham.

The film will bow on HBO Max, marking one of the first major DC properties to debut exclusively on the streamer. No release date has been set.