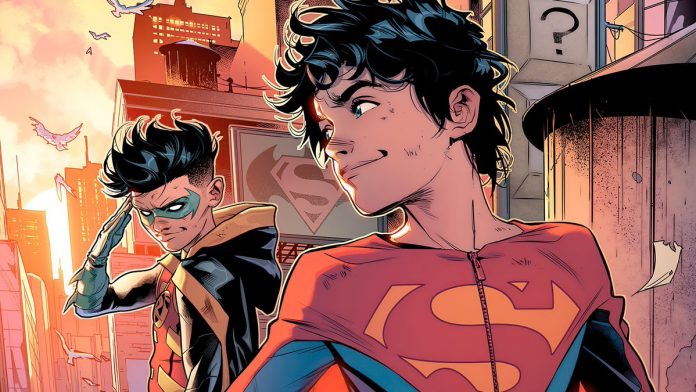 DC Fandome 2021 was a 3 hour-long dream for DC fans, young and old, as the presentation delivered updates for The Batman, Black Adam, Peacemaker, and so much more. Among those live action updates, DC revealed their lineup of animated films coming in 2022, which include 4 new films, 1 short, and a complete edition.

Kicking off the 2022 slate of DC Animated films is Catwoman: Hunted. The movie will see Catwoman interact with a different member of the Bat family, Batwoman. Catwoman: Hunted will release February 8, 2021. For more details, click here.

Shortly after the release of Catwoman: Hunted, the Spring of 2022 will see a crossover movie featuring two of TV’s most popular hero groups. Teen Titans Go! & DC Super Hero Girls will unite to save the multiverse in what will likely be a hilarious film for kids and adults alike.

Battle of the Super Sons

In the Fall of 2022, DC will release their next film, Battle of the Super Sons. In addition to seeing the next generation of Superman and Batman clash, what makes this film special is that it will be DC’s first-ever fully CG film.

Last, but certainly not least, will be Constantine: House of Mystery. This short film is set to release in Early 2022. Matt Ryan, the actor synonymous with Constantine in the live action series and animated films, will reprise his role for this short. Further details weren’t announced at this time.

DC is one of, if not, the best at producing animated films for their vast catalog of heroes and villains. 2022 looks to continue their hot streak of impressive and exciting films for fans to feast their eyes on.