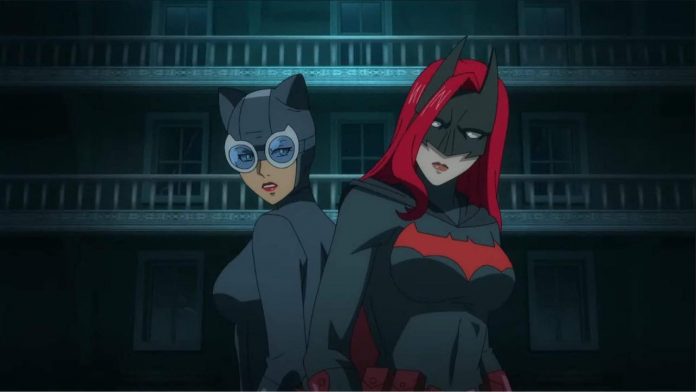 Catwoman: Hunted, DC’s first animated movie to be released in 2022, has gotten its first trailer. The action-packed, anime-style film follows Catwoman as she attempts to steal a priceless jewel.

In the all-new original Catwoman: Hunted, Catwoman’s attempt to steal a priceless jewel puts her squarely in the crosshairs of both a powerful consortium of villains and the ever-resourceful Interpol, not to mention Batwoman. It might just be enough to contain her. Or not.

The exciting trailer also features Batwoman, a prominent character in the animated film. Catwoman: Hunted will be released on 4K Ultra HD Blu-Ray Combo Pack ($29.99) and Digital on the 8th of February 2022.

For more details on the special features and casting for Catwoman: Hunted, see the PR below:

When The Hunter Becomes The Hunted (New Featurette) – When does the hunter become the hunted? In this case it’s when Selina Kyle steals the “Cat’s Eye” emerald and Batwoman informs her, “Congratulations, Selina, you just became Leviathan’s No. 1 target.” Those targeting Catwoman include wave after wave of assassins, ninjas, and Super-Villains – from Tobias Whale, Black Mask, Cheshire and Nosferata to Solomon Grundy, Talia al Ghul and Cheetah. In this all-new featurette, our experts break down the backstory of each integral villain.