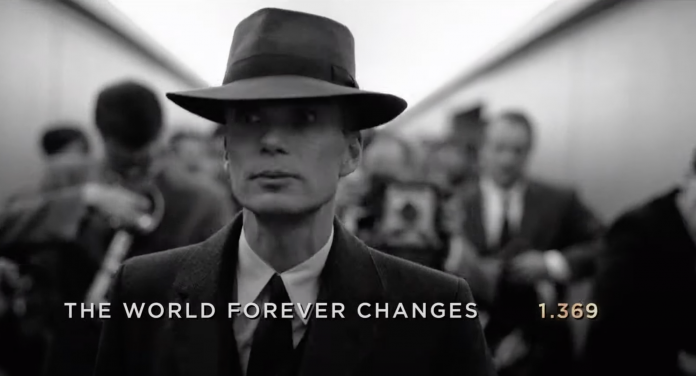 The first teaser trailer has been released for Christopher Nolan’s 2023 film Oppenheimer.

A short but poignant teaser has been released for Christopher Nolan’s film Oppenheimer, about the scientist who helped to create the atomic bomb. Most of the teaser is spent teasing the film’s release on July 21, 2023, but a few interesting details are revealed also. The most interesting detail is that this film looks like it’s going to be completely black and white, something you don’t see very often these days.

Oppenheimer stars Cillian Murphy as J. Robert Oppenheimer, a physicist who worked with the Manhattan Project and helped develop the atomic bomb that was eventually dropped on Hiroshima and Nagasaki at the end of World War II. The film looks to be a deep dive into the man himself and it will be interesting to see what all is revealed when the film comes out next summer.

What do you think of the first teaser for Oppenheimer?