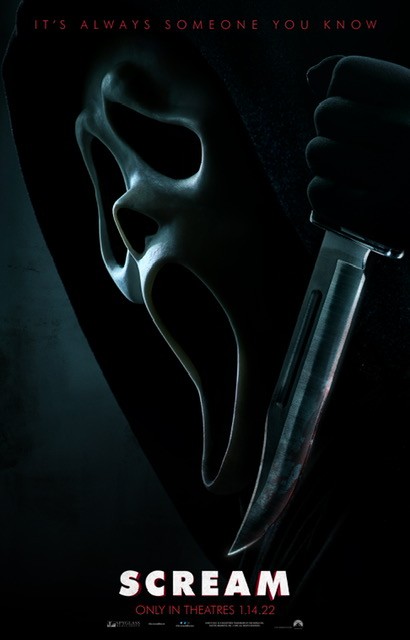 Next year will see the long-overdue return of the iconic cinematic villain “Ghostface” to the big screen. To celebrate the return, Paramount Pictures presents us with the first Scream featurette, focused on the masked murderer.

Maybe it’s that feeling of being old, but it’s funny to me how a lot of today’s generation know of Ghostface mainly because it’s a popular Halloween mask and not because of the amazing movies it came from. I’m all for the Scream franchise being brought back with a fresh group of victims…I mean characters. Although, I am curious what Courtney Cox means by “shocking things that happen” that she “still can’t believe”. Is that hyperbole or will a lot of us Scream veterans be left speechless?

We’ll find out when Scream arrives in theaters on January 14, 2022.