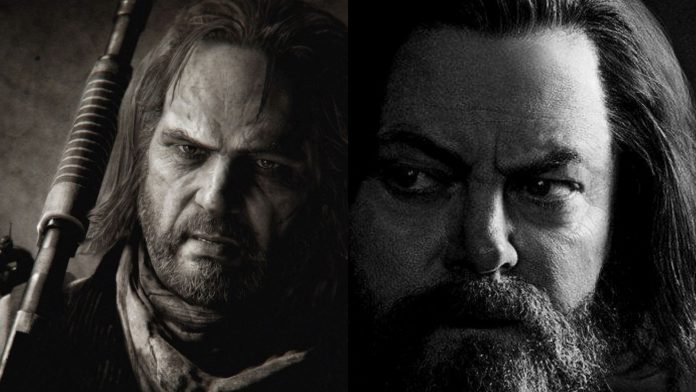 One show that gamers and geeks are excited to start is for sure The Last of Us live-action series. In the latest tease, HBO has released new poster to highlight the actors and characters of the show. Of course, Belle Ramsey, Perdo Pascal, and Merle Dandridge embody every aspect of there character…but Nick Offerman has me the most excited for this series. With an already stellar class of actors portraying the games protagonists, when it was announced that Nick Offerman would be playing Bill in the show my excitement skyrocketed.

Though he might only be known by some for his role in Parks and Recreation, Offerman has played more serious roles in The Founders and the HBO Show Fargo, which landed him a nomination for Best Supporting actor.

With thay said, the character of Bill is a much more gritty, paranoid character than what he has played before. This character will push his acting to the limit, but I have a feeling it might just land him another nomination that he could walk away from with an award in hand! Check out the poster above and the last teaser trailer released for the show below;