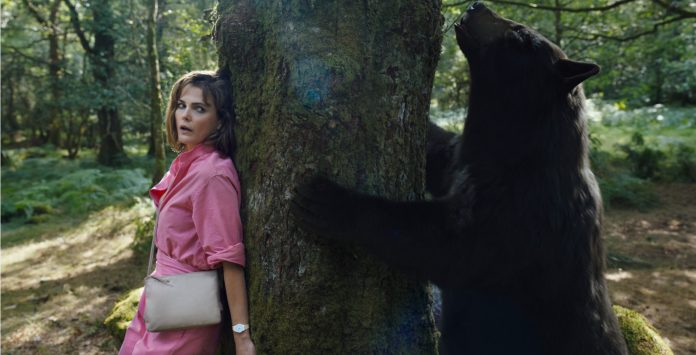 This afternoon brings the first trailer for Cocaine Bear, a ridiculous looking comedy/monster movie all about a bear high on cocaine. It looks great.

To be honest, I was pretty much sold on this movie entirely off the poster and ridiculous premise (which has roots in a true story). Even so, this trailer cements all the craziness for me and there’s no way I’m missing this one.

I’m digging the blend of dark humor and monster movie action, and very glad to see it’s not taking itself too seriously. Should be a lot of fun.

Inspired by the 1985 true story of a drug runner’s plane crash, missing cocaine, and the black bear that ate it, this wild dark comedy finds an oddball group of cops, criminals, tourists and teens converging in a Georgia forest where a 500- pound apex predator has ingested a staggering amount of cocaine and gone on a coke-fueled rampage for more blow … and blood.