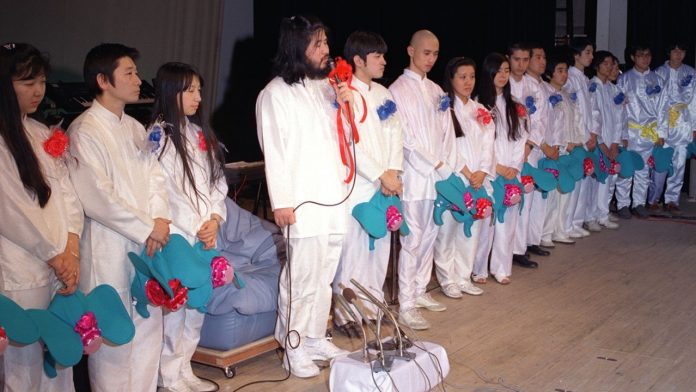 Making it’s debut at Sundance 2023, AUM: The Cult at the End of the World examines the deadly cult in a thrilling documentary.

For my first entry for the 2023 Sundance Film Festival, I started with AUM: The Cult at the End of the World, a documentary about the 1995 sarin gas attack in Tokyo and the cult behind it.

I always like to keep an eye out for interesting documentaries, as they’re not only informative but provide a change of pace from movies. As I looked over the schedule for the festival this year, AUM: The Cult at the End of the World quickly caught my attention, as it discussed an incident I’d heard about but was far too young to understand at the time. Specifically, this documentary looks into the shocking 1995 sarin gas attack in a Tokyo subway and explores the AUM cult that perpetrated the attack.

As far as the format goes, AUM: The Cult at the End of the World sticks to a familiar script: the story opens on the day of the subway attack before jumping back a number of years to explain how this horrific event came to be. The documentary makes sure to include interviews from people on both sides, including former members of the AUM cult as well as those who fought against what the cult was doing.

Even though the actions of the cult are thoroughly reprehensible, the directors, Chiaki Yanagimoto and Ben Braun still made sure to give a thorough background the founder of the cult, Shook Asahara, and attempted to piece together what happened in his childhood to put him on this terrible path.

This story is about as horrifying as it gets. Using a combination of interviews, archival footage and animated segments illustrating various events, the documentary pieces together a timeline that shows, in great detail, how the AUM cult came into existence and grew at an exponential rate.

While the cult’s practices are hair-raising in and of themselves, what really sends a chill down your spine is the revelation that the authorities—even with red flags everywhere—did little or nothing to stop the cult until it was too late and the damage was done. It seems hard to believe that such a thing could happen in Japan of all places. And yet there’s ample evidence that not only did it happen, it’s subtly implied the danger isn’t over.

If I have one criticism about this documentary, it’s that I thought it would talk more about the actual gas attack itself. That’s certainly what the opening of the documentary leads you to believe. While I wouldn’t dare to say the attack was glossed over, it wasn’t given as much attention as I thought/expected. I think the documentary missteps slightly by leading off with the subway attack. If they had stuck to this being a simple history of the AUM cult that included the attack, it might’ve flowed a little better.

Slight missteps aside, AUM: The Cult at the End of the World is a chilling tale about what can happen when a cult organization gets its hands on way too much money and power and runs around unchecked. Even with its flaws, it’s very much worth checking out as the core of the story provides an eye-opening look into a horrific tragedy that ought to have been prevented.