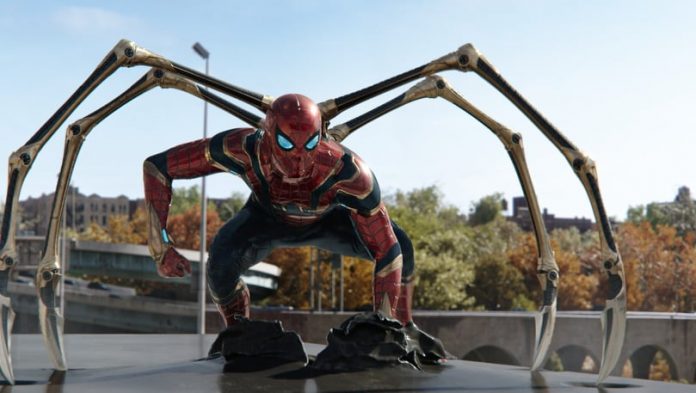 The future looks bright for Spider-Man in the MCU, with more stories on the horizon. As we look to the future, here are some villains we’d love to see!

Amy Pascal has all but confirmed the MCU Spider-Man is far from done. After the conclusion of the Homecoming trilogy with No Way Home, Sony will be producing another Tom Holland-led trilogy once again with Marvel Studios.

But now the question has to be asked; what will this trilogy be about and who will Spidey face? Spider-Man has one of the most iconic rogues galleries in comic books (perhaps surpassed only by Batman) so there are a plethora of opportunities for future villains. Here I’m going to break down the ones most likely to make an appearance!

Venom: Let There Be Carnage Spoilers Ahead

The crossover between Tom Hardy’s Venom and Tom Holland’s Spidey has been on fans’ minds since Venom was first released in 2018. These hopes were further fueled with Amy Pascal, Tom Hardy, and Andy Serkis all mentioning the inevitable crossover during the press rounds for Let There Be Carnage.

Finally, it seems that these hopes have been fulfilled with the end credits of Venom: Let Carnage Be Carnage, depicting the lead character crossing directly into the MCU. Presumably this takes place as a result of Doctor Strange’s spell-gone-wrong in Spider-Man: No Way Home however it’s unlikely he will feature in the main plot of the film.

In Spider-Man: No Way Home end credits scene, hopefully we’ll get an update on Eddie and Venom’s whereabouts, the question now remains how they’ll stay in the MCU. I’m assuming the film’s conclusion will see the various villains returned to the universes, but how will this affect Venom?

Perhaps staying hidden omits him from the spell or he is sent back but the symbiote stays. Regardless, we are going to see this crossover and in what form will likely be made clear when Spider-Man: No Way Home releases.

In 2017’s Spider-Man: Homecoming a minor antagonist with a Scorpion neck tattoo, played by Michael Mando, was seeking to buy tech from Michael Keaton’s Vulture. This character was Mac Gargan, who, in the comics, is the super-villain Scorpion. The end credits of the film teased the character’s desire for revenge on Spider-Man after his face was scarred in an earlier action sequence. The scene felt like it was setting up a potential team and return for Mando that is yet to take place.

In the comics, Gargan gains his abilities after being paid by J. Jonah Jameson to be the subject of an experimental procedure hoping to create a superhero. The procedure surgically grafts a cybernetic tail to Gargan and affects his sanity drastically, leading to him becoming the super-villain Scorpion.

With the return of JK Simmons in the role of JJJ in the MCU, this would be a great storyline to see and could allow Simmons to explore a darker side of that character we haven’t seen on screen before.

Michael Mando is a fantastic actor who has displayed incredible talent in his iconic roles like the Far Cry villain, Vaas Montenegro, and Better Call Saul character, Nacho Varga. Seeing him take on the antagonist role in a Spidey film could be fantastic and has been a long time coming.

The Prowler is a villain who’s had an increase of appearances more recently. In the ultimate universe he was the uncle of Miles Morales, Aaron Davis. He has most recently appeared in Into The Spider-Verse and Spider-Man: Miles Morales (PlayStation), with pretty major roles tied to his relationship with his nephew.

Fans may also remember that the character made a brief appearance in Spider-Man: Homecoming played by Donald Glover, where his file makes mention of his codename, Prowler. The casting was likely intended as a fun cameo (Glover had expressed an interest in playing Spider-Man previously and even voiced Miles Morales in the cartoon series Ultimate Spider-Man), but in a deleted scene Glover’s Davis is depicted webbed to his car, talking to Miles on the phone informing him he’s going to be late.

Glover is a big talent with some great performances. From his earliest days in Community, an appearance as Lando in Solo, or his lead role in the FX series Atlanta. The appearance of Miles Morales in the MCU is inevitable. The character has seen a huge surge in popularity with a self-titled game and lead role in the Spider-Verse films so Glover appearing with him seems like a no-brainer.

Glover joining the cast of a Spider-Man film that might introduce Miles would be fantastic and allow Glover to tackle the moral complexities of Davis rather than the brief, but fun, comedic cameo Homecoming gave him.

Next January Sony is releasing the latest addition to their growing collection of Spider-Man villain films, Morbius. The film, starring Jared Leto, will depict a terminally ill Michael Morbius attempt to cure his rare blood disease but instead is turned into some form of vampire.

The trailers for the film have teased an interaction with Michael Keaton’s Vulture, seemingly confirming the presence of the film in the MCU. However, trailers have also shown art depicting Tobey Maguire’s Spider-Man but with murderer scrawled over it, presumably referencing Far From Home’s ending.

There’s also a brief look at an Oscorp logo consistent with The Amazing Spider-Man films and a Daily Bugle logo previously seen in Venom and the Raimi movies, so the continuity of this film is vague at best.

In a recent special look at Morbius, Jared Leto said;

“If you’ve seen the last Spider-Man: No Way Home trailer you know the multiverse has officially opened. And there’s all kinds of opportunities for villains to meet up, thrive, and maybe even nurture their more sinister intents.

This seems to tease the MCU’s Sinister Six; something that Michael Mando’s appearance in Homecoming already seemed to set up. Hopefully, we’ll know more when Spider-Man: No Way Home and Morbius have released.

The lead previously played Quicksilver in Avengers: Age of Ultron, leading to some questions of whether the film would take place in or even cross with the MCU. However, with actors like Gemma Chan and Michelle Yeoh already having played dual roles in the MCU, it doesn’t seem unlikely that Johnson will also. The characters have a pretty drastically different design and Quicksilver’s role was so minimal that it seems unlikely it would be an issue.

It will be interesting to see how much inspiration is taken from Kraven’s Last Hunt. In the comics, the story shows Kraven hunt down Spider-Man, even briefly donning his suit when he believes he has killed the web-slinger. While it’s doubtful we will see anything that faithful to the book, an appearance from Spider-Man doesn’t seem far-fetched.

With a second trilogy, Tom Holland’s Spider-Man will be the first in the MCU to receive so many solo projects. But with the massive rogue’s gallery and a plethora of setup littered throughout previous films and announced projects, the franchise has a bright future.