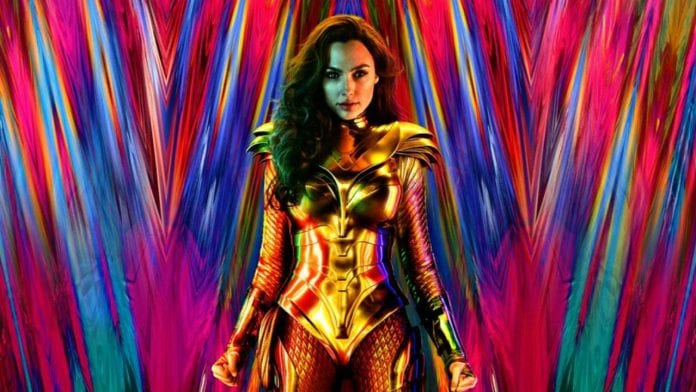 Following the reveal of one of the coolest, awesomely 80s, movie posters ever yesterday, and today’s TV spot showcasing a battle between Diana Prince and once-friend now-foe Barbara Minerva, we were sufficiently psyched for today’s Wonder Woman 1984 panel at DCFANDOME.

Courtesy of Twitter user @WonderBoyLB, you can check out the TV spot here:

OMFG minding my own business watching TV and randomly there’s a brand new commercial for #WonderWoman1984!!!!! And I’m freaking out #ww84 #DCFanDome pic.twitter.com/UPfQhfdnFN

Wonder Woman 1984 is the sequel to the 2017 film, Wonder Woman starring Gal Gadot. Themysciran Princess Diana Prince returns amidst the Cold War between the United States and the Soviet Union. New foes in the sequel include powerful businessman Maxwell Lord (Pedro Pascal) and Barbara Ann Minerva aka Cheetah (Kristen Wiig).

The film was originally slated to release November 2019 and has since then promoted various different release dates, the most current one said to be October 2, 2020. Warner Bros. is revving up their marketing machine with a string of promotional materials.

… Including this showstopping new trailer just released at DCFANDOME today:

LYNDA CARTER MADE A GUEST APPEARANCE. THE ORIGINAL WONDER WOMAN. OMG. She surprised the panel and asked for a hug from Kristen Wiig when they finally have the opportunity to meet. Lynda expressed how much she loved the new film, saying her daughter told her she finally “gets it”; she gets why Wonder Woman is such an inspiration.

Some other highlights of the panel included Pedro praising the costume design of the latest film, describing some of the 80s designs as “horrifying power suits” and how well they have been transformed into something fun, vibrant and with a modern twist for this film. Diverse fan art was also shared much to the panel’s delight, and Gal and Kristen debated who would win a tennis match between Wonder Woman and Cheetah. The sides taken by the actors should be obvious. It remains to be seen who would, in fact, win.