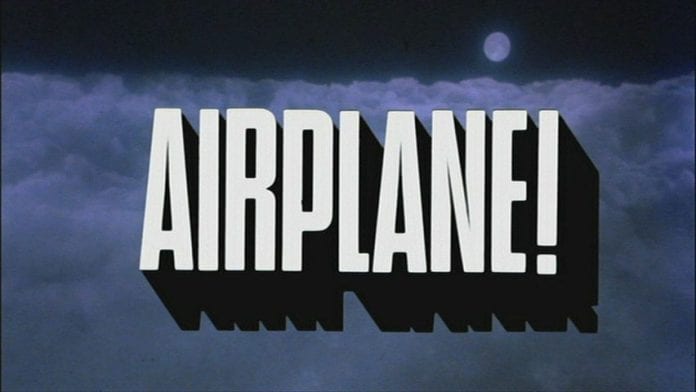 This year marks the 40th anniversary of one of the funniest movies of all time: Airplane! A parody of the disaster film genre (and an almost shot for shot parody of Zero Hour!), Airplane! follows the misadventures of Ted Striker, a former fighter pilot, who is chasing after his former girlfriend Elaine on a flight to Chicago. Things quickly get complicated when many of the passengers and flight crew fall ill from food poisoning and Striker finds himself enlisted to safely land the plane. It seems like such a simple summary, but it barely scratches the surface of what has made Airplane! an enduring comedy classic for the last 40 years. For one, all of the over-the-top lines are delivered with completely straight faces (which only makes it funnier). Also, there’s a great cast that use their collective clout to get the audience to invest in the story, even though deep down you know it’s all a parody and not to be taken seriously. My particular favorite (outside of Robert Hays as Ted Striker) is Leslie Nielsen as Dr. Rumack. Those used to seeing Nielsen in comedy roles in his later career might be surprised to learn that THIS was the first time Nielsen starred in a comedy. Prior to Airplane! he was known only as a serious actor, in fact that’s why he was cast in the part: the theory was that seeing a “serious” actor saying all of these zany lines would make the comedy work even more, a theory that turned out to be true (I believe Peter Graves was cast for similar reasons). Now, while Airplane! endures as a comedy classic for the ages, it is true that not all of the gags within the film have aged well. In fact, it wouldn’t be a stretch to say that while Airplane! could be made in 1980, no one could get away with making it in 2020. That being said, there’s no denying that Airplane! sets the bar for parody films extremely high, so high in fact that I don’t know of many films that have ever reached it (much less surpassed it). This is a film that takes every convention you can imagine in a disaster film and pokes fun at it. The filmmakers stacked gags upon gags upon gags, so much so that I’m just now noticing new details (and I’ve been watching the movie for over 20 years).

40 years on, Airplane! continues to entertain and delight audiences. It’s one of those “lightning in a bottle” films that can really only be made once, and it’s definitely a film that everyone should see before they die. Hopefully the legacy of Airplane! will endure for another 40 years (and more).