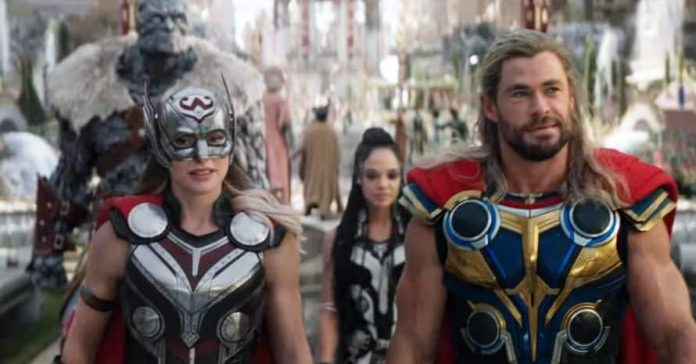 Despite profitable receipts at the box office and favorable reception of its streaming shows, the future of the MCU seems as murky as ever. Should fans be concerned?

As I sat in a theater watching the latest big-budget Marvel Cinematic Universe adventure (Thor: Love and Thunder) I felt something that I have not felt in a very long time while watching an MCU product; apathy. Reading comments from other viewers, reviewers, and social media icons it seems that I am not alone. But more than just the shock of suddenly not being entertained by the franchise which has dominated the film industry for the last 10 years, my main concern is that I can trace this feeling to a multitude of issues that don’t have an easy solution.

It’s not because the product has dipped significantly in quality, it’s not because the pandemic robbed us of our big-screen movie watching experience, and it’s not because there’s anything new or better out there to steal away my attention. No, the reasons the MCU has lost some of its magic, at least to me, are related to its commercial intentions and the challenges any mega-franchise faces when churning out film after film. The MCU has overcome many similar challenges in the past (lack of casting diversity, lack of creative voices, maintaining interest in characters over time), but the issues it faces now are new, and in many ways a victim of the franchise’s overwhelming success.

The first and most obvious issue the MCU is facing currently is a lack of direction. The conclusion of Phase 3 was a monumental shift in the franchise, ending story arcs that had started way back in 2008. But more than just needing new characters to fill the void of those that have departed for one reason or another, the franchise finds itself having to all but start from scratch from a narrative perspective. The way the franchise has so far progressed, many of the narratives that were created in earlier phases are no longer important. With many characters essentially “passing the baton” to new versions, the franchise has essentially turned the page and there’s not really any reason to look back.

The overarching tension which led to Thanos’ Infinity War is gone, and in that void there is no unifying thread that is dictating the latest films and shows. It seems like we get a glimpse of one potentially universe-dominating nefarious thing (the multiverse, the Celestials, etc.) only for something new to be introduced in the next installment. I’m sure these will all be woven together eventually, but at this time, with the denouement of Phase 3 fresh in our minds, it can be a little frustrating. The franchise struggled with the same type of uncertainty in its early days, but it has come a long way since then. There is an expectation that the producers today should better understand what it takes to keep their audience engaged compared to when things were first starting.

The MCU’s calling card, and its most lasting innovation to modern filmmaking is the way its films have connected, even when focusing on different characters. The end credit scenes especially have been useful to provide some context of crossover, while also acting as a sneak peek to entice audiences to come back for more. With so many new characters/stories being introduced in Phase 4, the connections between the films and the impact of those end credit scenes feels like it has been in decline.

Part of the problem is the fact that the franchise is now spread out over both streaming shows and the feature films. The streaming shows seem to provide additional context to the new environments experienced in the new films. That is a positive, while also furthering the stories of some of the main characters in preparation for their next big-screen appearance. But by relegating these stories to streaming shows rather than showing them on the big screen you are alienating that portion of the audience which is not going to watch those shows, and in a way you are reducing the narrative burden of the films in terms of the major story arcs.

Maybe this was the correct move by Disney in the face of the pandemic and the possibility of declining cinematic attendance. But the sky-high box office proceeds of the 2022 MCU feature films suggests that audiences aren’t shying away from theaters as much as they did in 2021. Truthfully giving fans more of what they enjoy is not a bad thing per-se, but it does come at the expense of watering-down (or thinning out) the product. In a way this reduces the impact of each release. I would even go as far as arguing that the introduction of more releases in the MCU has caused some of the narrative threads to move sideways rather than forward. All of this means the MCU feels like it is treading water.

Certainly the streaming shows have taken the franchise in interesting and new directions. But I expect that. The streaming shows have the ability to be different from each other, and different from what the franchise has done so far. They are not profit-driven, and so there is greater flexibility to push the boundaries and try something new. Furthermore, in episodic format they can explore the lives of their characters in greater detail than is possible on the big screen. This is a good thing and a bad thing. Good because it offers greater depth and better storytelling. Bad because it requires a greater commitment from the viewer, and the narrowed focus doesn’t impact the franchise overall as much.

The Phase 4 films on the other hand have been a mixed bag. When the franchise isn’t literally revisiting its past (Black Widow, Spider-Man: No Way Home, Thor: Love and Thunder), it has had mixed success trying to bring new characters into the fold (Shang-Chi, The Eternals, Dr. Strangelove and the Multiverse of Madness). The issue with films trying to introduce new characters is that their antagonists and challenges are unique, and different from those being faced by existing characters. Audiences are already familiar with the situations being faced by existing characters, and so it takes less for them to become involved in those stories than it does with the new characters.

From a creative standpoint I feel like the franchise is doing a decent job. The producers are continuing to bring new filmmakers into the fold which provides the franchise with a varied creative background to draw inspiration from. But I feel like they still could push things further. My hope is that the success of the streaming shows helps to open up the opportunity for the films to make creative decisions that may be more risky. For the most part Phase 4 has had some of the most ambitious films in the franchise to date, and yet it still feels like they are not stepping outside the bounds of what we expect from the franchise.

My apathy for Thor: Love and Thunder comes from the fact that it feels like a retread. Despite enjoying Thor: Ragnarok very much, we didn’t need a sequel that follows in its footsteps. Luckily, the franchise hasn’t often felt like a rerun. I remember in the early days of the franchise there were many questions about whether it could tweak its formula enough to prevent repeating itself. That issue has not really come up until now, so I don’t think there is reason to panic. But it does bring up the uncomfortable question of how much further can the MCU go on?

Maybe the underwhelming elements of Phase 4 hint at cracks in the mighty franchise’s seemingly impenetrable armor. Maybe they are just an inevitability for a franchise that is well into its second decade and needs to make some changes to continue to thrive. Either way, I think we owe the franchise the benefit of the doubt to figure things out. No matter how you feel about the MCU’s contribution (domination?) of the contemporary film industry, the fact remains that it is creating the type of entertainment that audiences want to see. And unless there is a sizable shift in audience perspective, the MCU is going to continue pushing forward, for better or worse.