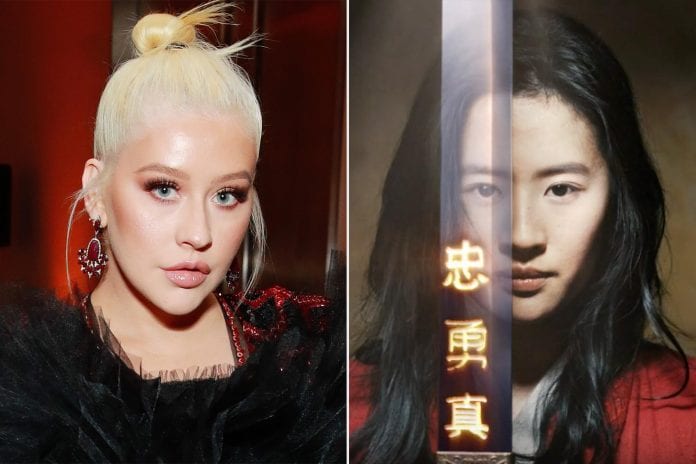 Should I ask myself in the water, what a warrior would do?

Christina Aguilera‪ is a six-time GRAMMY Award-winning singer-songwriter renowned for her powerful voice and hit songs. She has sold more than 43 million records worldwide. She has received a star on the Hollywood Walk of Fame and holds the prestigious honor of being the only artist under the age of 30 included in Rolling Stone Magazine’s list of the 100 greatest singers of all time. In 2019 Aguilera was honored with the prestigious Disney Legend Award for her contributions and lifelong dedication to The Walt Disney Company.

Both Loyal Brave True and a newly-recorded version of Reflection produced by Gregson-Williams will be featured in the film and on the Walt Disney Records soundtrack, with score composed and conducted by Harry Gregson-Williams. The soundtrack is set for release on Sept. 4, 2020.

What else is coming Sept. 4? The film itself! Stream Mulan on Sept. 4 exclusively on Disney+ with Premier Access (Disney+ subscription and additional fee required).