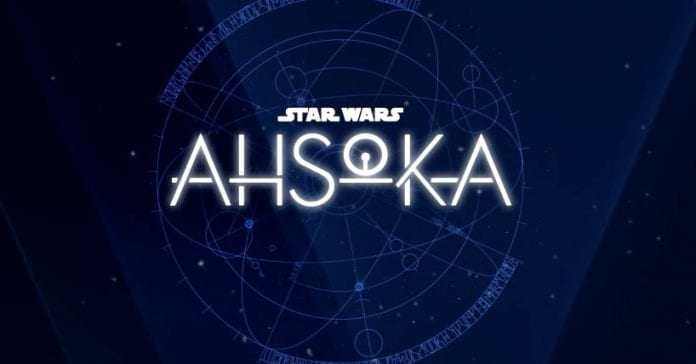 Like many Star Wars fans, I was thrilled to see a series about Ahsoka Tano is on the way. A key detail in the reveal has sparked a theory about what the limited series will be about.

During the seemingly endless stream of reveals on Disney Investor Day, I kept coming back to the title reveal for Ahsoka, the limited series that will see Rosario Dawson return to the role of Ahsoka Tano that she played to absolute perfection in season 2 of The Mandalorian. Something about the logo design seemed awfully familiar, but for a few days I couldn’t place it.

Then it hit me: this is a design I was very familiar with because I’d seen it before. That circular design behind the Ahsoka logo is done in the exact style of ‘the World between Worlds’, a strange and mysterious dimension introduced in the final season of Star Wars: Rebels. For those not familiar, a brief summary: in the World Between Worlds, one can travel among different portals that can take you to different points in space and time. It’s even possible to reach through these portals and interfere in the events of the past (or presumably the future). This is ultimately how Ahsoka escapes her duel with Darth Vader on Malachor (more on that in a moment). In essence, the World Between Worlds permits a basic form of time travel, as presumably one can travel to any point in the past or future.

How does this connect with Ahsoka? Well, as I alluded before, the World Between Worlds is the reason Ahsoka survives her duel with Darth Vader. This is because, in the last season, Ezra Bridger (whereabouts currently unknown) observes her fight with Vader from this dimension and uses the portal to pull Ahsoka into his own time (two years in the future) before Vader can strike the killing blow. While the entrance into the World Between Worlds seen in Rebels was destroyed, there’s no reason to think there aren’t other places where it can be accessed, which brings me back to how this dimension will come into play during the events of Ahsoka.

Given this place is the reason Ahsoka is still alive, it can’t be mere coincidence that the World Between Worlds is featured in the logo for the series. I believe quite strongly that we will be seeing this place again during the events of Ahsoka. Because the former Jedi would have a very good reason to find it again. Remember in her episode of The Mandalorian, that it was revealed that Ahsoka Tano is looking for Grand Admiral Thrawn, last seen being dragged into Wild Space by Ezra Bridger in the final episode of Rebels.

My theory is as follows: Thrawn has returned to the known galaxy, but Ezra has not. Ahsoka is tracking down Thrawn to find out why the Grand Admiral has returned but not Ezra. I think that once Ahsoka locates Thrawn, it will be revealed that Ezra died in the course of Thrawn’s journey to get back to the Empire. It won’t be by Thrawn’s hand (too much respect between rivals), but no doubt Ezra would have perished doing something noble like saving Thrawn’s life. Being the former Padawan of Anakin Skywalker, Ahsoka will not be willing to let this stand. I think a big part of the series will be devoted to Ahsoka finding a way to access the World Between Worlds again in order to find the point at which Ezra died and saving him from that fate, in the exact same way that Ezra saved her in the past.

Considering the all too brief glimpse we had of the World Between Worlds during Star Wars: Rebels, it would be great to see it appear in live-action. As to whether or not this will be the means by which Ezra Bridger is brought into the story, only time will tell.