As always, before diving into their feature review, The Casual Cinecast does their “What’s On Our Minds?” segment where they discuss the film/TV they’ve been consuming over the last week. Mike saw the bizzarely fascinating and trainwreck-y Serenity starring Matthew McConaughey and Anne Hathaway! Chris has started and is loving the Starz series Outlander! Justin watched a ton over the last week including the 2016 anime A Silent Voice, the recent Best Picture nominee Vice (Christian Bale, Amy Adams) and then watched Orson Welles‘ follow up to Citizen Kane and notoriously “butchered by the studios” film, The Magnificent Ambersons!

Then the guys jump into the feature review of Joe Cornish‘s The Kid Who Would Be King which stars Louis Ashbourne Serkis and, as usual, features a spoiler-free segment up front for those who haven’t seen the film yet. The film tells the story of a modern-day kid who unknowingly pulls Excalibur from a stone at a construction site and must fill in the role of king and leader against Morgana and her evil army who threaten to take over the world. Is this a fun kids adventure film the belongs among the ranks of films like The Goonies and Hook? Or is it a less memorable and soon to be forgotten film? Listen below to find out: 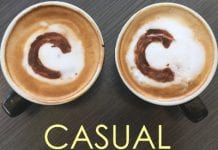