This week Chris and Mike take over the show while Justin is away! Listen, as they give their thoughts on the Brad Bird directed Incredibles 2 in a non-spoilers section, followed by an in debth spoiler-filled review of the film. Mike also discusses the Polish religious drama Ida, and of course The Incredibles (2004). Chris also discusses The Expanse and the drama surrounding the show (both on and off the screen). They guys also discuss director Terry Gilliam losing the right to his long awaited (and much troubled) passion project, The Man Who Killed Don Quixote.

Then they each give their own favorite Pixar movie!

Our next episode will be Jurassic World: Fallen Kingdom

Talk with us about film, TV and other stuff on our Facebook group!

If you like what you hear, or have any feedback, please leave us a review on iTunes. It really helps to grow our show! 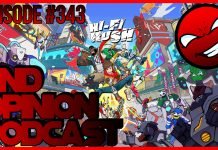