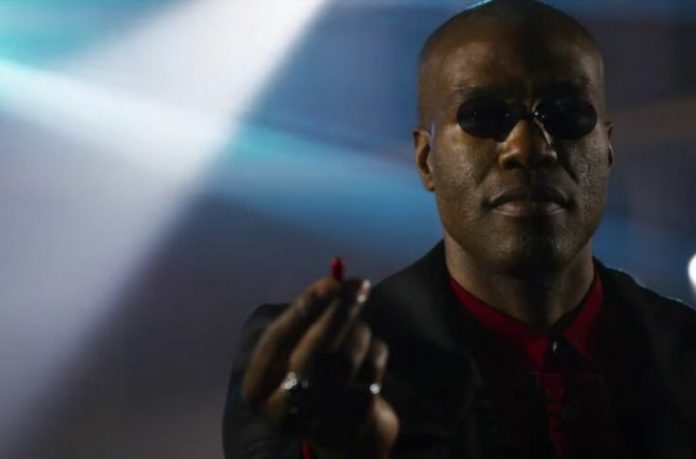 It is relatively uncommon for a major role in a major franchise to be recast for one or more films. However, it has happened more often than you might think. This is a look at several of the most prominent examples of on-the-fly cast changes and their impact on their respective franchises.

One of the first things avid fans pointed out about the trailer for the new Matrix sequel was that Laurence Fishbourne was not in it. Instead, his role of Morpheus will be portrayed by Yahya Abdul-Mateen II. Typically sequels will recast a role if there is a major hurdle that has to be overcome (such as a death, or a scheduling nightmare), but otherwise a film will strive for continuity in their casting. Although it is possible for different actors to portray the same role, it brings an inconsistency which fans may not appreciate.

But, the Morpheus recasting is not the one and only time a major character in a major film production has had to be recast. It is just a rarity. In fact, the Matrix films have already done it. For 2003’s Matrix Revolutions, the role of The Oracle was recast. Mary Alice took over the role which had been previously portrayed by Gloria Foster, who passed away before filming could be completed. While this character was relatively minor in the grand scope of the film, other recastings in major motion pictures have not been as smooth.

Below I have listed some memorable examples of major films replacing a significant character for a sequel. For each film I have outlined the circumstance which led to the change, and provided my thoughts on whether the change was a positive, negative, or neutral change to the franchise as a whole.

(Note: While the James Bond franchise might be best associated with recasting characters for sequels, I chose to ignore it for this article. The changes in the James Bond films are more akin to a reboot, even if we consider the films to be sequels)

Net Influence? Negative – This is one of the most famous examples of a film recasting major roles for later sequels. The role of George McFly in the first film was significant, and Crispin Glover made a positive impression. When he could not return for the sequel, the filmmakers decided to reduce the character’s role in the second film, which I feel hurt it. For the role of Jennifer Parker the change was more neutral. It didn’t really impact the overall course of the franchise as much.

Silence of the Lambs vs. Hannibal

Reason for Change: While Foster was busy directing her own film at the time, she has since claimed that she declined the opportunity to star in the sequel because of the treatment of the character in the book in which the new film was based. Original director Jonathan Demme declined an opportunity to direct the sequel for the same reasons, and certainly Foster felt like her involvement would be a betrayal to Demme.

Net Influence? Negative – While the source material for this sequel was very sketchy to begin with, the fact that the main character had to be recast was the nail in the coffin. It’s not that Moore did a terrible job, it’s just that the original film was so iconic partly because of Foster’s acting. Without her it just didn’t feel the same.

The Mummy & The Mummy Returns vs. The Mummy: Tomb of the Dragon Emperor

Reason for Change: Weisz had given birth to her son around the time production began, and she had issues with the script.

Net Influence? Negative – While the real problem with the third Mummy film was that it took place so long after the first two, Weisz’ lack of involvement certainly didn’t help. Her charisma and chemistry with Brandon Fraser was a highlight of the first two films, and Bello could not fill those shoes.

Batman Begins vs. The Dark Knight

Reason for Change: Holmes declined the role in the sequel to focus on other projects.

Net Influence? Positive – Gyllenhaal is a more accomplished dramatic actress, and her involvement in the excellent sequel film certainly helped to raise the dramatic stakes. Dawes may have been a more prominent role in the first film, but the complexity of her situation in the second film makes her role more interesting, and in that manner Gyllenhaal delivers.

The Girl with the Dragon Tattoo vs. The Girl in the Spider’s Web

Reason for Change: Sony wanted to create a new franchise for North American audiences based off of the Stieg Larsson novels and their spin-offs, and decided to bring in new creative talent including a new cast.

Net Influence? Negative – Confusingly, this film is meant to be both a sequel and a reboot to the David Fincher film which starred Daniel Craig and Rooney Mara. This would be the third film adaptation of the book series, which would only make things more muddied. It certainly didn’t help that the new actors/director were not as high profile as the ones they replaced, and so mainstream audiences didn’t have as much incentive to see this movie.

Reason for Change: Disagreements between Howard, the studio, and director Jon Faverau eventually led to Howard’s contract being cancelled and the role being given to Cheadle, I is said that the disagreement centered around money and the size of the role, both of which were reduced during pre-production on the sequel.

Net Influence? Positive – While it is somewhat disappointing that War Machine’s role in the later Iron Man films was reduced from the first film, it would be difficult to picture the MCU without Don Cheadle in the role. Cheadle is less intense than Howard, and so he makes the character more likable and less intimidating. Furthermore, with the way that Howard approached the role it would have been more difficult to believe the character would have later joined the Avengers.

Reason for Change: Contract negotiations with Edward Norton fell through. When Norton had signed on there were plans to make additional Hulk films, but those never materialized and so Norton lost out on the opportunity to earn income from them.

Net Influence? Positive – I feel like Ruffalo has a more likable personality than Norton, and so his turn as Bruce Banner evokes some sympathy that Norton didn’t achieve. With Banner/the Hulk becoming a less obsessive character, he could be differentiated in comparison with Tony Stark who also had a “scientist” role on the Avengers. Also, with only one Hulk film, Norton’s contribution to the MCU wasn’t insurmountable.

The Hunt for Red October vs. Patriot Games & Clear and Present Danger vs. The Sum of All Fears

Portrayed by: Alec Baldwin in The Hunt for Red October

Ben Affleck in The Sum of All Fears

Reason for Change: See below.

Net Influence? Neutral – The Jack Ryan franchise has been one of the most inconsistent major franchises to grace the big screen. One of the reasons for that was legal issues. Not only did the studio have legal problems retaining the rights to the books upon which the films were based, but author Tom Clancy also had issues retaining the rights to the character himself. All of this resulted in a delay during production of the second film (Patriot Games) which caused Alec Baldwin to drop out due to scheduling conflicts.

But there was also studio politics at play which led to Harrison Ford taking over at Baldwin’s expense. Ford intended to play the character for three films, but script issues for the third film prevented it from seeing production. Eventually, Sum of All Fears was expected to star Ford in the role of Jack Ryan, but when he could not agree with the filmmakers on the script, he dropped out. He was replaced by Ben Afleck, and it was determined to set the film up as a prequel/reboot. Of course, an official reboot was released in 2014 starring Chris Pine. However, that film didn’t end up extending the franchise.

While the films were all profitable and entertaining, the franchise just could not find a consistent creative vision to unify all of its stakeholders. I don’t feel like this is a result of the lead actors, even with the changes in casting.