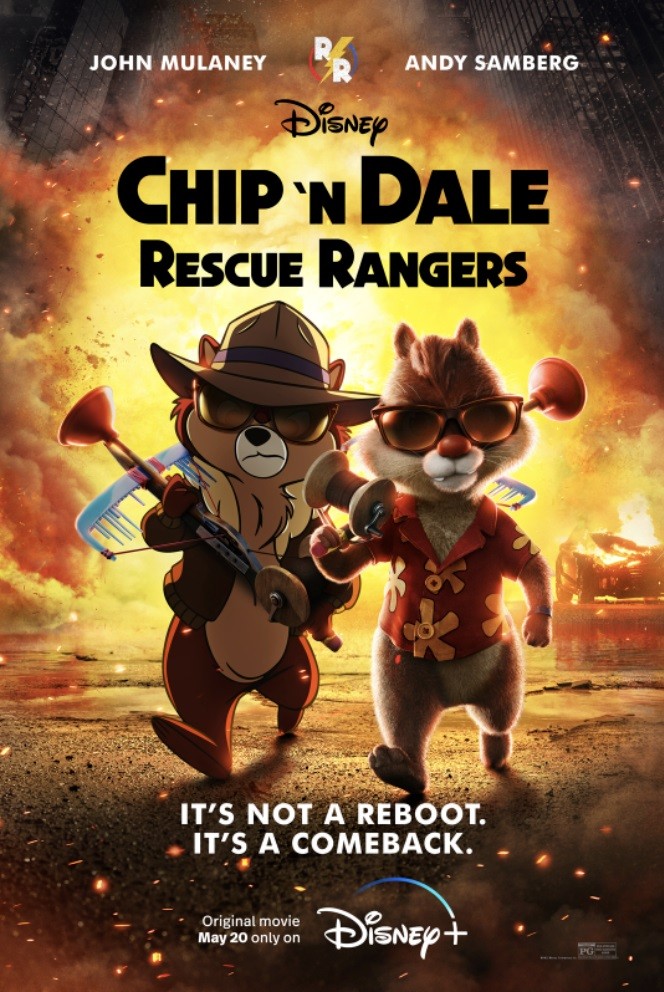 With less than a month to go before its release on Disney+, Disney has revealed a new trailer and poster for the upcoming Chip ‘n Dale: Rescue Rangers movie!

I know the first trailer for Chip ‘n Dale: Rescue Rangers kind of divided people, but I absolutely loved the direction they were going with it. It looked silly, irreverent, and with just the right amount of Roger Rabbit vibe to it. Today’s new trailer steps that all up a notch:

This just looks like a whole lot of fun.

In “Chip ‘n Dale: Rescue Rangers,” Chip and Dale are living amongst cartoons and humans in modern-day Los Angeles, but their lives are quite different now. It has been decades since their successful television series was canceled, and Chip (voice of Mulaney) has succumbed to a life of suburban domesticity as an insurance salesman. Dale (voice of Sandberg), meanwhile, has had CGI surgery and works the nostalgia convention circuit, desperate to relive his glory days. When a former castmate mysteriously disappears, Chip and Dale must repair their broken friendship and take on their Rescue Rangers detective personas once again to save their friend’s life.