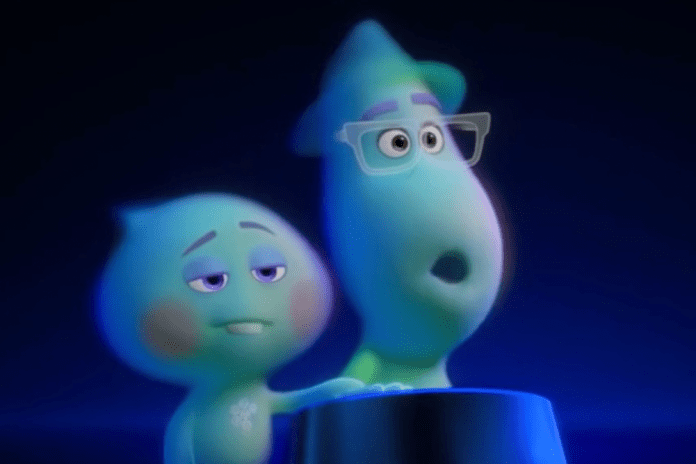 Last week we were excited to share Disney Pixar’s announcement that Soul would make its debut on Disney+ on December 25, 2020.

Today Disney Pixar dropped the newest trailer for the film.

Soul introduces Joe Gardner (voiced by Jamie Foxx), a middle-school band teacher with a serious passion for jazz music. Joe is on the brink of getting his big break playing for a jazz quartet. But he finds himself on an unexpected detour from the streets of New York City to The Great Before, tasked with helping new soul 22 (voiced by Tina Fey) find her spark to earn her way to Earth. “He’s sure if he can share his life story with her—his passion for jazz—she’ll be inspired and they’ll both get to go to Earth,” said producer Dana Murray. “They do make it back to Earth, but that’s really the beginning of their adventure. It’s a funny and touching story of friendship and self-discovery, and we can’t wait to show it to the world.”

“Like Joe, I hear music in everything,” said Foxx. “When you’re a jazz artist, man, you talk a little different: ‘Hey, cat!’  I got a chance to go to a few jazz fests and meet Herbie Hancock, Chick Correa—hang out with those guys. They have a way of talking, a way of dressing—everything funnels toward their music, toward the jazz.”

But director Pete Docter, who shares Foxx’s love of music, conceived of the character before jazz entered the picture. “I’ve been so lucky to work with some incredible people and make movies that have been seen around the world,” he said. “But I realized that as wonderful as these projects are, there’s more to living than a singular passion—as expressive and fulfilling as that may be. Sometimes the small insignificant things are what it’s really about. This film is about broadening the idea of a singular focus to thinking more widely about what life has to offer and what we have to offer life.”

Likewise, co-director Kemp Powers, who initially joined the project as a writer, didn’t have to look far to find inspiration for Joe Gardner. “We’ve been working on Soul for years, but the film feels timelier now than we ever could have imagined back when we began,” said Powers. “In a year where everything we know has been turned upside down, we’ve all been forced to find new meaning both in the relationships we have and the small moments that truly make life worth living.”