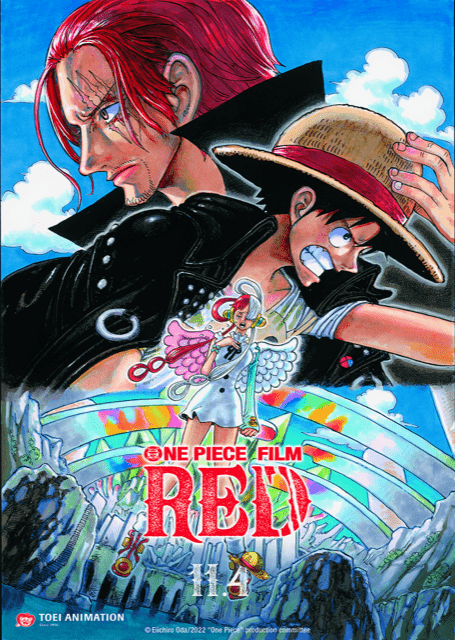 A New Era Built on a Familiar Story

For over twenty years, we’ve been along for the ride watching the crew of the Straw Hat Pirates go on epic, amazing adventures within the vast, rich world of One Piece. What we tend to forget, however, is amongst the explosive fights and carefree moments aboard the 1,000 Sunny, there are everyday people who fight to survive in this dangerous pirate era.

While the Navy and the World Government do what they can to keep everyone safe, they are often unable to do so. In the new movie One Piece: Red, we’re introduced to the one person who hasn’t forgotten the people suffering: the world’s most beloved musician Uta.

One Piece: Red takes place on the now-ruined island of Elegia, an island once known as a musical paradise. Uta is hosting a concert for the world to help bring happiness and peace to all. When pirates invade the concert in an attempt to kidnap Uta, the true nature of the event is revealed and a more sinister plot begins to take shape.

The basics of the story are fairly simple: people want peace. But is the way they’re going about attaining that peace worth the cost? As the story plays out, we learn things aren’t exactly what they seem. However, as we’ve seen with almost every movie or show that’s attempted this plot, you can’t force peace on others. Therefore, One Piece: Red becomes a mad dash to rescue everyone and restore the world to its natural state.

Other anime, like Naruto Shippuden and even live-action series like The 100, have done similar things. The overall idea behind One Piece: Red is nothing new. That said, their approach to a familiar plot was interesting.

Where other iterations of this concept either tell the audience upfront what is going on or hold everything until the end, One Piece: Red opts to share information in stages. I enjoyed this strategy, as it kept me on my toes throughout the movie. When I thought I knew where the story was going, the movie would toss something out of left field. Even crucial aspects like, who the real villains and the heroes of the story are.

In addition to all of the epic action that One Piece: Red includes, some of the best parts for me were the bond between Luffy and Uta and their connection with Red-Haired Shanks. The movie includes many flashbacks (all the way back to Foosha Village on Dawn Island), where Luffy spent his childhood with Shanks and-now Uta. The movie does a good job of explaining how they were childhood rivals and friends, both seeking attention from Shanks & co. I openly laughed during scenes of competition between Luffy and Uta because it often showed how much of a goof Luffy is.

Speaking of nuggets One Piece fans can feast on…The movie has some ‘firsts’ for the franchise that I was blown away by in my viewings. For starters, One Piece: Red is pretty much the first time we see the Straw Hat Pirates interact with the Red Hair Pirates. Even in a non-canon, somewhat distant scenario, we get to see just how similar these pirate crews are.

I’m avoiding spoilers here, so this is going to sound super vague. But, the most amazing part of seeing these two crews work together was seeing certain members of the Straw Hats cooperate with the members of the Red Hair Pirates. The moment marks another first in the two-plus decade long series. It wasn’t very long, but the teamwork between them plays a pivotal role in the climax of One Piece: Red. Plus, as a One Piece fan it got me a little emotional seeing this moment, even if it wasn’t technically canon.

Lastly, there is an even more epic ‘first’ of One Piece: Red that I can’t talk about due to spoilers, but I will say it is an insanely awesome first. Readers of the manga will know it when they see it, but anime-only fans may have to rewind a few times to catch what happens.

Even with all that going on, the best part of One Piece: Red was the music. Since this was a story focused on a musician hosting an epic concert, the music had to be on point. Using the incredible voice of Ado, the music was just that. Even as I write this, I still can’t get New Genesis out of my head. I even added it to a playlist on Spotify.

What’s amazing, though, is how the music actually plays a big role in the story. It explains a lot about what is going on in the world and how Uta wants to help everyone. It never felt forced or out of place. Rather, the music helped move the story along. In my second viewing, I was able to get a deeper understanding of the movie by paying close attention to the lyrics.

I also really appreciate that no matter which version you decide to watch (subbed or dubbed), the movie still uses Ado to sing the songs in her native Japanese. They didn’t try to convert the music at all or translate it. Frankly, I don’t think the music would’ve been the same if they had. Ado’s voice is magical and was the perfect choice for One Piece: Red.

Should You Watch It?

Anyone who knows me, knows how much of a One Piece fan I am. I have a One Piece holiday sweater being shipped to me as I type. With that in mind, I think every One Piece fan should experience One Piece: Red.

If you’re caught up with the manga or are in Wano in the anime, you may be confused about exactly when this movie takes place in the timeline. I know I was, but keep in mind this is just a sidestory and not part of the overall One Piece narrative. It’s more of a movie to sit back and watch another epic adventure of the Straw Hat Pirates without thinking too deeply about what happens next in the journey.

If you’re an avid anime viewer but not a One Piece fan, Red might be a bit confusing. It brings in A LOT of characters from One Piece’s past to play a role in the movie. Furthermore, the events can be a bit fan-service-y. So, if you’re not a fan you may not get the full effect.

Nevertheless, One Piece: Red is a solid One Piece movie that gives so much love to its fans by delivering a pretty great concert, while offering up interesting info I never thought would appear. Plus, it introduces a new character to gain an emotional connection with and hold dear in Uta. I can’t say it’s my favorite one, but I can say it’s one I’d happily watch multiple times over. 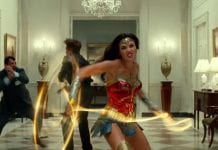 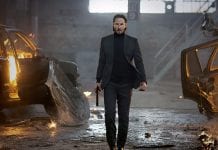