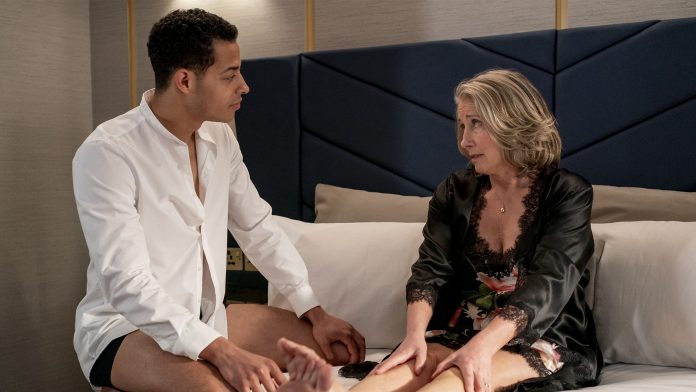 Three Searchlight films are premiering on Hulu this summer and release dates for each film have been provided.

According to The Hollywood Reporter, Searchlight is sending three films; Fire Island, Good Luck to You, Leo Grande, and Not Okay straight to Hulu over the course of this summer.

Fire Island, a modern take on Pride and Prejudice with a gay twist, is set to arrive on June 3, 2022. The film stars Joel Kim Booster, Bowen Yang and Margaret Cho.

Two best friends embark on a weeklong vacation to Fire Island – the famous gay escape destination off the southern shore of Long Island – accompanied by cheap rosé and a small group of eclectic friends.

Good Luck to You, Leo Grande, a comedy that premiered at Sundance earlier this year, will arrive on June 17, 2022. The film stars Emma Thompson and Daryl McCormack.

Nancy Stokes is a retired widow, seeking romance and excitement after a boring marriage. She hires a good-looking young sex worker called Leo Grande, in the hope of enjoying a night of pleasure and self-discovery.

Finally, Not Okay, starring Zoey Deutch and Dylan O’Brien will premiere on Hulu on August 5, 2022.

A young woman desperate for friends and fame, fakes a trip to Paris to gain followers, however a terrifying incident takes place and becomes part of her trip.

Are you excited to see these films arrive on Hulu this summer?