A new book from Insight Editions that will take fans behind the scenes of the new Dune movie, including a gorgeous Limited Edition version.

Insight Editions always brings the goods when it comes to their behind-the-scenes/media connected books. From Game of Thrones, to Star Wars, and The Dark Crystal (one of my favorite books of theirs), the insight and depth of coverage they bring is always a treat for fans.

As such, I’m ridiculously excited to see them handling The Art and Soul of Dune. Launching on October 22nd (the same day as the movie), there are a couple versions for fans to pick up. The standard version comes in at $50:

Frank Herbert’s science fiction classic Dune has been brought to life like never before in the breathtaking film adaptation from acclaimed director Denis Villeneuve (Blade Runner 2049, Arrival). Now fans can be part of this creative journey with The Art and Soul of Dune, the official companion to the hugely anticipated movie event.

Written by Dune executive producer Tanya Lapointe, this visually dazzling exploration of the filmmaking process gives unparalleled insight into the project’s genesis—from its striking environmental and creature designs to its intricate costume concepts and landmark digital effects. The Art and Soul of Dune also features exclusive interviews with key members of the cast and crew, including Denis Villeneuve, Timothée Chalamet, Rebecca Ferguson, Oscar Isaac, and many more, delivering a uniquely candid account of the hugely ambitious international shoot.

On top of the standard version of the book, Insight Editions has also announced an incredible looking Limited Edition that comes in at $595. While the price is a bit of a shocker, there’s a whole bunch of extra goodies that fans of the Dune story will undoubtedly go nuts over.

Created with the same passion and exacting detail as Villeneuve’s hugely anticipated film, The Art and Soul of Dune: Limited Edition includes a variety of exclusive items personally crafted and overseen by the cast and crew.

● A Limited Edition version of The Art and Soul of Dune, featuring an exclusive cloth cover with ornate, foil-stamped Atreides and Harkonnen symbols.

● An exclusive companion volume titled simply Dune, featuring the candid and intimate on-set photography of Oscar-nominated director of photography Greig Fraser, accompanied by Josh Brolin’s personal perspective and recollections of the production. This volume, designed, custom printed, and hand bound with a variety of fine Japanese papers, provides an authentic and tactile experience that reflects the aesthetics of the film.

● A unique, cloth-bound reproduction of the Fremkit instruction booklet prop created for the movie, featuring 80 pages of exclusive unseen art from the film.

● Packaged in an elaborate deluxe clamshell case wrapped in saifu cloth featuring copper-stamped bespoke imagery based on the Bene Gesserit designs created for the movie.

If that’s not enough, composer Hans Zimmer has written/scored a soundtrack specifically for these books. This will be available as a FREE download as well, so go register to get yours when it drops.

Both versions of The Art and Soul of Dune are available for pre-order now. You can snag the standard version from Amazon, but the Limited Edition can only be bought directly from Insight Editions. 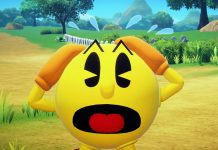