This week’s Casual Cinecast starts out as usual as the guys talk What’s On Their Minds and goes over the recent films and television they’ve been watching. Mike talks season 5 of the animated series, Bojack Horseman which stars Will Arnett, Aaron Paul and Amy Sedaris. Chris started watching another Netflix Original series The Haunting of Hill House and lets you know why this series is great even though he’s not a fan of horror. Then they answer a question from a listener about whether not the Marvel films have set too high of a bar for the super hero genre!

Next the guys dive pumpkinhead first into the latest installment in the Halloween franchise which features Judy Greer, Andi Matichak and the return of Jamie Lee Curtis as Laurie Strode! The film sets itself apart from being just another sequel by ignoring every Halloween film except the original 1978 Halloween film. Is this a return to form for the franchise? Does it live up to the original? Is Michael Myers out for revenge on Laurie Strode or is he just an evil serial killer? Find out by listening to the episode below! 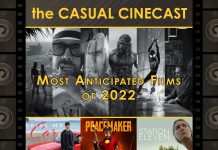 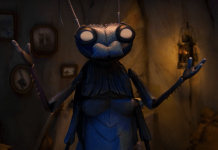 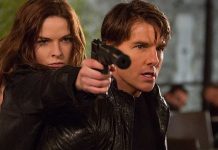