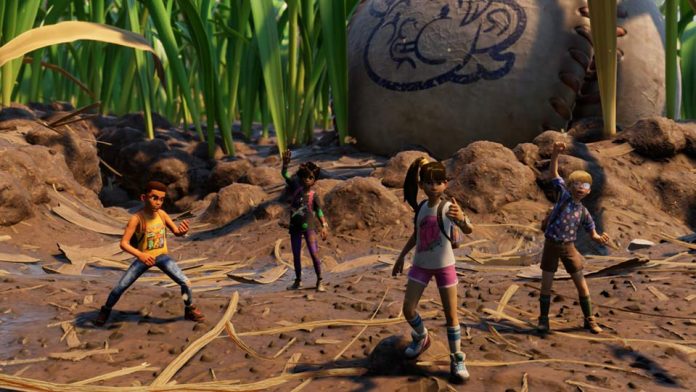 Obsidian Entertainment and Xbox’s survival game, Grounded, is getting an animated series from the writer behind Star Wars Rebels and The Clone Wars.

If you’re among the 10 million players who enjoy the whimsical survival game, Grounded, then you’ll be happy to hear more adventures within that universe are on the way…in animated form! Today, Obsidian Entertainment and Xbox are working with Waterproof Studios/SC Productions, Kinetic Media and Bardel Entertainment to make a series with Brent Friedman (Star Wars Rebels, Clone Wars) writing and Brien Goodrich on directing duties.

The series will exist in the same universe as the game. The summer before high school, four friends plan “big things” to elevate their social standing, but their plans are upended when they stumble upon shrinking technology that makes them two inches tall. Now the four shrunken friends must learn to survive in a towering backyard that’s a jungle full of enormous predators and hiding a vast corporate conspiracy threatening their entire town.

Details on release are still to come, but the people behind the series and game had some quotes to share:

“Grounded has caught the imagination of millions of people and we’ve learned that the biggest fans want even more of that world. This partnership will allow us to give fans more Grounded while expanding the world that so many have come to love.”
– Adam Brennecke, Game Director

“We couldn’t be more excited about diving into the whimsical universe of Grounded. This partnership will be one of great collaboration, expanding on an already wonderful journey of exploration and adventure.”
– Tina Chow, CEO, Bardel Entertainment Inc.

“The team at Obsidian have created an incredible world that has already grabbed the attention of the gaming community. We are excited to work with our incredible partners to bring the story to life in an animated series!”
– Carl Whiteside, SC Productions

“The idea that our greatest and most profound adventures are all around us, hiding in plain sight on some microcosmic level is just pure child-like genius. We knew immediately that we wanted to be part of Grounded’s journey beyond the gaming space.”
– Tarik Heitmann, Kinetic Media