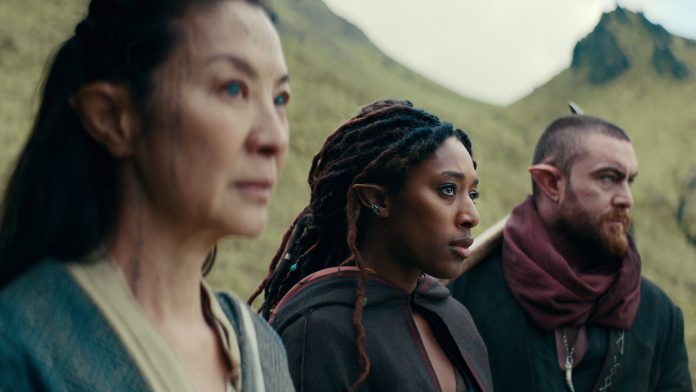 Netflix’s 4-part prequel series to the acclaimed The Witcher series is set to release on Christmas Day, December 25, 2022. In anticipation for its release, the streaming giant has dropped the official trailer for it. It tells the tale of how the first Witcher was created and the monoliths’ effects on the world. Also, Michelle Yeoh.

Set in an elven world 1200 years before the world of The Witcher, Blood Origin will tell a story lost to time – the creation of the first prototype Witcher, and the events that lead to the pivotal conjunction of the spheres, when the world of monsters, men, and elves merged to become one.

The Witcher: Blood Origin stars Michelle Yeoh as Scían, a sword master, the last of her tribe. Joining her is Mirren Mack as Princess Merwyn, Lenny Henry as Chief Sage Balor, and Minnie Driver stars as Seanchaí. Additionally, Francesca Mills is Meldof, Zach Wyatt and Lizzie Annis are celestial twin sages Syndril and Zacaré, and Huw Novelli is Brother Death.

To the surprise of many, the end of the trailer revealed that Joey Batey will reprise his role as everyone’s favorite Bard, Jaskier. How he jumps 1200 years into the past and what is overall role will be remain a mystery.

We’ll find out for sure with The Witcher: Blood Origin releases on December 25, 2022, exclusively on Netflix.