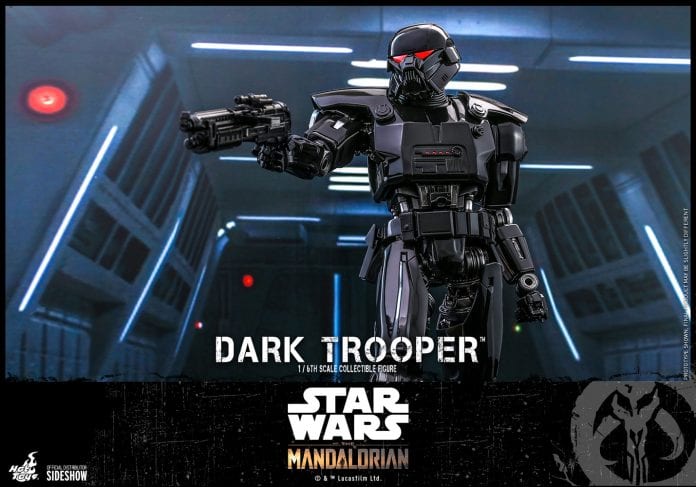 The fine people over at Sideshow/Hot Toys have revealed the latest The Mandalorian inspired figure coming for your wallet: the Dark Trooper!

If you have been feeling a powerful need to fill your life with the incredible Dark Troopers from the second season of The Mandalorian, you’ll soon get the chance. The badass looking droids, who originated in the old Dark Forces video game, are getting their own Hot Toys figure. The highly-accurate collectible figure is skillfully crafted based on the Dark Trooper as seen in the hit Star Wars™ series. It features highly detailed helmet and mechanical armor parts, specially applied black armor painting, LED light-up functions, a blaster, and a display base!

Coming in at $260 (so it might not be easy to build a full platoon), the Dark Trooper is up for pre-order right now. Will you be snagging one?