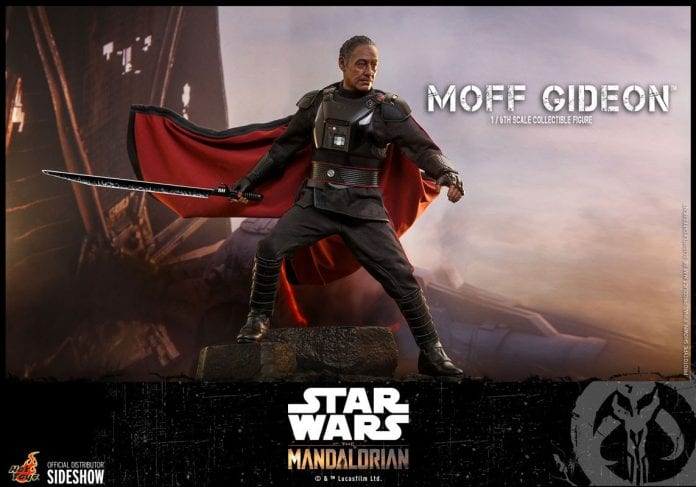 Hot Toys and Sideshow Collectibles continues to expand their line of The Mandalorian figures with a stunning Moff Gideon figure that’s up for pre-order.

As if your wallet needed another hit after all the great Star Wars collectibles that we’ve seen released/announced this year, Hot Toys has opened up pre-orders for this GORGEOUS looking Moff Gideon figure. It’s insane how good this looks, and being that villains are a major part of my collection I don’t think I’ll be able to resist this. Which is a shame because I don’t need to spend more money. Damn them!

The highly-accurate collectible figure is meticulously crafted based on Gideon’s appearance in the series featuring a newly developed head sculpt with astonishing likeness, skillfully tailored outfit and cape, the iconic darksaber with interchangeable blades, a blaster, and a display base!

The Moff Gideon 1:6 scale collectible figure is masterfully crafted to emulate Giancarlo Esposito as the sinister character in the acclaimed series.

Pre-orders are live now over on their site!