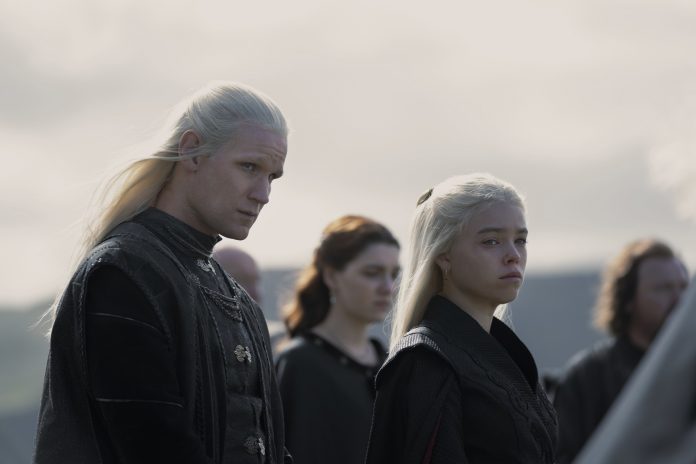 After posting up the biggest debut premier in HBO history, the Game of Thrones prequel, House of the Dragon has been renewed for season two.

The amount of people who watched House of the Dragon‘s premiere episode this past Sunday was huge. Huge as in HBO’s biggest ever debut. Considering the franchise’s history of posting massive audience numbers, that’s certainly a good sign for the new series. So good, in fact, this morning HBO officially announced it has been renewed for a second season.

HOUSE OF THE DRAGON debuted Sunday, August 21, to the largest audience for any new original series in HBO history. The first episode has now been seen by over 20 million viewers across linear, On Demand and HBO Max platforms in the U.S., based on a combination of Nielsen data and first party data.

“We are beyond proud of what the entire HOUSE OF THE DRAGON team has accomplished with season one,” Francesca Orsi, Executive Vice President, HBO Programming had to say. “Our phenomenal cast and crew undertook a massive challenge and exceeded all expectations, delivering a show that has already established itself as must-see-TV. A huge thank you to George, Ryan, and Miguel for leading us on this journey. We couldn’t be more excited to continue bringing to life the epic saga of House Targaryen with season two.”

No further details have been given; not surprising since we’re still waiting on the second episode of THIS season, but it’s nice to know fans will be getting more. House of the Dragon returns with a new episode this Sunday.