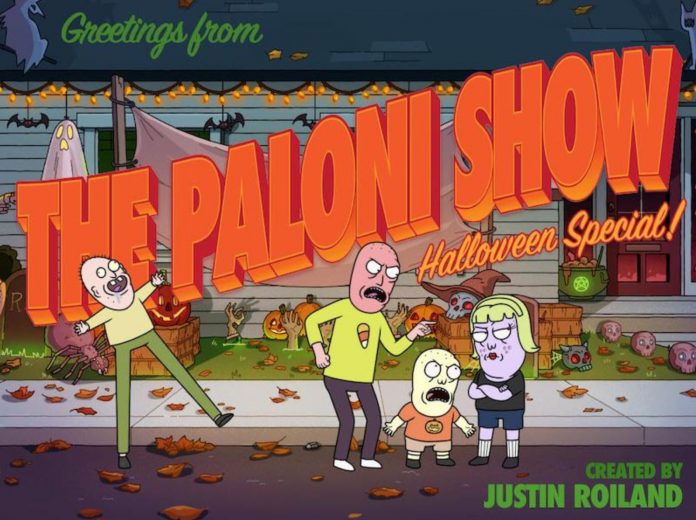 Hulu has announced the pickup and premiere date for The Paloni Show! Halloween Special!

From creator Justin Roiland (Solar Opposites, Rick and Morty), The Paloni Show! Halloween Special! premieres October 17, 2022 on Hulu. In this special, Leroy, Reggie, and Cheruce Paloni have been given the opportunity of a lifetime to be the hosts of an unforgettable Halloween Special full of “spooky” shorts from a group of up-and-coming animators.

Justin Roiland voices Leroy, the oldest sibling in the family, Leroy is an optimistic, hard working guy who’s only dream for as long as he can remember has been to make and host his own variety show. He and his brother Reggie are very close and are usually on the same page creatively.

Zach Hadel (Smiling Friends) plays Reggie, the short fused, fast talking little brother of the family with a foul mouth and a tendency to let his temper get in the way of doing his job as a host.

Pamela Adlon (Better Things) plays Cheruce, the alienated middle child who has her own ideas for how the special should have gone. She’s bitter and holds a grudge against her brothers for not embracing her ideas.

Rounding out the main cast are Vatche Panos, who voices Little Long Legs, the Paloni’s long-legged young cousin who seems to care only about candy and having fun; and Kari Wahlgren, who voices Aunt Stephanie, the Paloni’s selfish and gullible aunt who feels that motherhood has robbed her of her best years.

Creators of the ‘Spooky’ Shorts:

Jaime Rodriguez / Bet it Was Becca

Michael Cusack / A Creek Down the Street