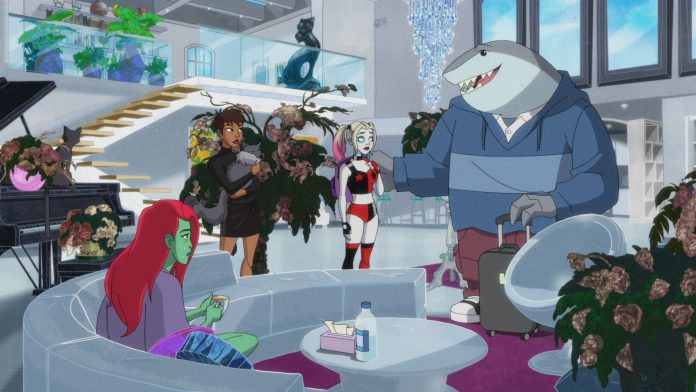 Mid-way through season three of the Harley Quinn animated series, HBO Max has officially renewed the show for a fourth season!

We gotta take the wins where we can when it comes to Warner Bros (especially animation), and the ‘W’ doesn’t get much better than this. Harley Quinn, easily one of the best shows on HBO Max in general, has been officially renewed.

Ahead of the season three finale set to drop on September 15th, WB/HBO Max made the announcement of its return for a fourth season. The show continues to rule, bringing both humor, compelling story, and surprisingly solid action together into one o the best things DC has ever put out. If you haven’t jumped on board that hype train yet, there’s never a bad time to start.

Sarah Peters (“Workaholics,” “Master of None,” “Nathan For You”), who has written on the series since season one and currently serves as consulting producer, will be elevated to executive producer and serve as showrunner for season four.

“We are ecstatic that HBO Max wants the story of Harley and Ivy to continue.” Executive Produces Justin Halpern and Patrick Schumacker said about the announcement. “And we are equally thrilled that this next season will be in great hands with Sarah Peters as our showrunner and Ceci Aranovich overseeing animation production, as they have both greatly influenced the show with their brilliance since the beginning.”

No word on when Harley Quinn season four might arrive, but hopefully the wait won’t be as long as the one between seasons two and three. Catch up on all the episodes so far on HBO Max.