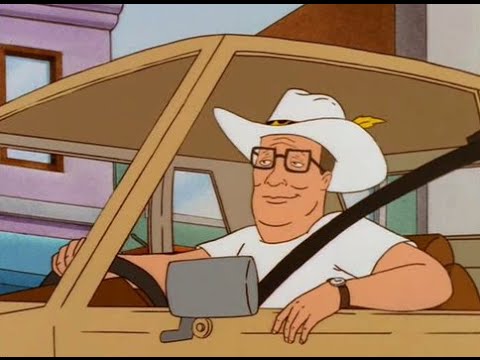 Rejoice fans of propane and propane accessories, Mike Judge, the creator behind King of the Hill, has confirmed a revival of the cartoon is coming!

There are a few things in this world that will have me wailing and screaming with excitement: Dune, new Star Wars, and King of the Hill. Of all of Fox’s animated shows, King of the Hill remains my favorite. While I love Simpsons, Futurama, and Bob’s Burgers, there’s something special about Hank Hill’s family and community.

Over the many years since the series ended, rumors of the show’s return have popped up periodically. Most of the time these had little weight to them, but thanks to a new interview with The Hollywood Reporter we have confirmation it’s finally happening.

Creators Greg Daniels and Mike Judge spoke with THR about the formation of their new animation company, Bandera Entertainment, and the first crop of shows to expect (like their Netflix series, Bad Crimes). Nestled among all their information, however, was the nugget revealing they were, in fact, developing a revival series for King of the Hill.

They wouldn’t go into details on what the return of the show would entail, but I’m crossing my fingers it keeps the idea from the most recent glimmer of hope fans had. Last year during a Reddit Q&A, the show’s producer/writer told fans that Mike Judge and Greg Daniels were in talks for more King of the Hill, with the idea of picking up the story 15 years later, showing older characters and where they are now.

I love the idea, and I’m willing to bet we’ll see a time skip of some sort. While there’s no telling when we’ll see King of the Hill return, I’ll rest a little easier knowing it’s finally in development.