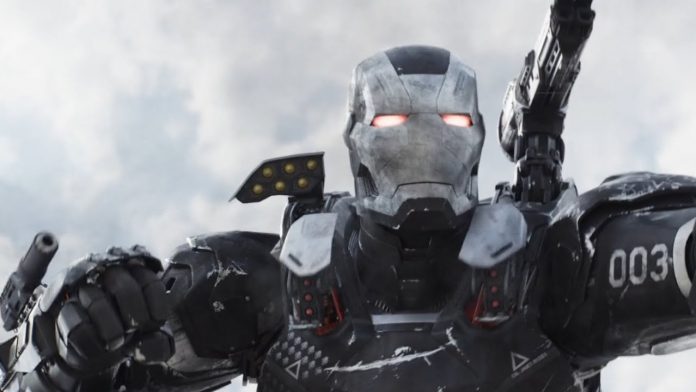 Marvel Studios just keeps the ball rolling with their Disney Plus shows. Following the success of WandaVision, The Falcon and The Winter Soldier, Loki and now WHAT IF, they are continuing the trend of getting top talent to head their series.

According to Deadline, Marvel Studios has tapped Yassir Lester to be the head writer of Armor Wars starring Don Cheadle. Cheadle will reprise his role of Col. James Rhodes aka War Machine. Plot details are vague other then the question being raised, what would happen if Tony Stark’s technology fell into the wrong hands?

Lester, had been bit of a leg up on other writers pitching for the job having already worked with Cheadle on his Showtime series Black Monday. It is being reported that Lester’s pitch excited execs as well as Cheadle for what he thought Armor Wars could be.

We seemingly got a small taste of how the plot could play out in Iron Man 2. For those who can recall we saw Justin Hammer played by Sam Rockwell, during a senate sub committee hearing was exposed for trying to create his own version of the Iron man armor. We also saw intercepted video that showed various countries attempting to make their own super powered suits all to fail.

Now does this mean the Academy Award winner, Rockwell would be returning to reprise his role? Not sure we did see him be arrested towards the end of the Iron Man sequel so who knows. There also was an Armor Wars cartoon series that gave us many different Marvel villains so the possibility of this being included in the story is also present. But what is known is that Marvel Studios is on a role with their limited series and that train does not seem to be slowing down any time soon.