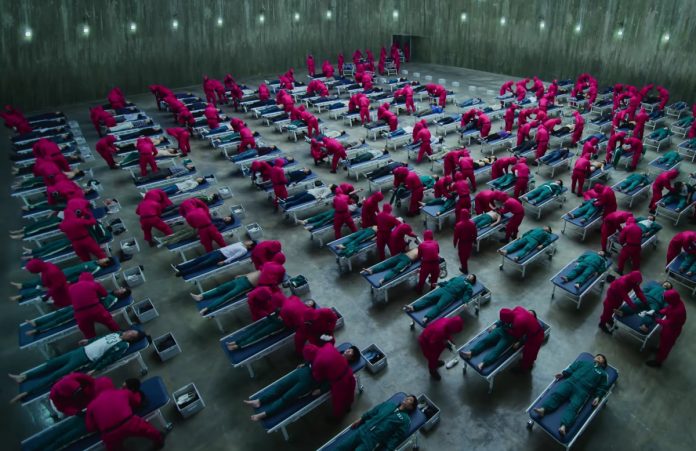 While fans await the second season of the incredible Korean drama, Squid Game, Netflix thinks it’s a great idea to make a REAL one, offering the largest prize payout ever.

On top of being highly engaging, Squid Game is a cutting dystopian story about class warfare and society in general. A driving theme being the existence of the games themselves is only due to inequality and insistence on the super-rich being above all others. So, of course, Netflix is completely ignoring that point and moving forward with a new reality game show series based on it!

Squid Game: The Challenge will be a 10-episode series, pitting 456 real contestants against one another (presumably without the killing part), for a $4.56 million cash prize. This marks the largest ever prize given out for a reality series.

Brandon Riegg, the Vice President of Unscripted and Documentary Series at Netflix had this to say, “Squid Game took the world by storm with Director Hwang’s captivating story and iconic imagery. We’re grateful for his support as we turn the fictional world into reality in this massive competition and social experiment. Fans of the drama series are in for a fascinating and unpredictable journey as our 456 real world contestants navigate the biggest competition series ever, full of tension and twists, with the biggest ever cash prize at the end.”

No word on when we might see it, but as you can see from the announcement teaser above, they’re currently casting for participants.